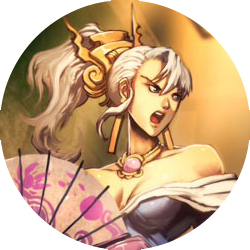 GAMER’S CORNER: Annoying Gamer Habits, And What to Do About Them

Tabletop role-playing games, as well as LARPs are exercises in social contracts. Whenever a group of people sit down to play they all have to agree on the system, the arbitration of said system and on hundreds of unspoken rules. Of course, in this hodgepodge system there’s always room for someone to start rocking boats, rattling cages and tipping over cows.

What follows is a list of problematic gaming habits that I have observed across the groups I have been in. These are issues that manifest because of the social back-and-forth in gaming, rather than bigger issues that may impact gaming, like say, racism or other deeper antisocial tendencies. We will not address those big issues today. However, we’ll look at those gaming-specific issues and try to offer up some advice on how to minimize or eliminate them.

First let’s talk a bit about “metagaming” and “metagame thinking”, Sociologists can kindly stash away their definition over there for a bit, and TCG players can hold on to their “Path to Exile has warped the format” comments until the end of the article. No, what I’m referring to is using out-of-game knowledge for in-game benefits. I used to run a LARP in which, in-game the characters were cunning, secretive and conniving vampire ancients! But out-of-game the players were chatty college students. This is where I discovered that everyone metagames. When someone comes up to you and says, “Dude, ok, out of character, I’m totally killing your character next game.” you’re already stuck. It’s impossible to even know how you would have roleplayed your character had you not had that information. That is why it is up to game masters to catch and discourage metagaming, at least up to the level where it jeopardizes the game. This may be as strict as the ban we used to have in my old LARP (The first rule of Vampire Club: You don’t talk about Vampire Club), or as lax as our between-turn strategy talks on Critical Hit.

With that out of the way, let’s talk about a group of annoying behaviors that keep players from enjoying the fame fully, we’ll refer to these as “Bouncing,” since they largely involve going back and forward between in-game action and out-of-game comments.

The first one is hard to spot, but I’ve observed that it uniformly makes players uncomfortable, it goes like this:
“A tall mysterious man enters the room, you feel an immediate sense of dread, but are also strangely drawn to him.”
To which the other players answer, Am I? Do you have a magic item or power that says, “whenever you enter the room other people are all like ‘woah’?” No? Then don’t tell me how my character feels about your character. Think about comic books, (like you ever stop). Now think about any distinctive character that is perceived as “a badass” or “a vixen” or “a robot from the future” is there a text box that says “Wolverine is a total lose canon badass ninja cowboy”? No, and if there is, it’s considered bad writing. In gaming, as in any medium (and yes RPGs are a communication medium, like videogames and Chipotle cups) actions speak louder than words. Describe what your character is doing, not how others perceive him, because unless he’s psychic, even a badass such as he has no control over other people’s perceptions. It’ll take a little doing, but eventually you can craft a character that behaves like a badass robot vixen from the future, without having to announce it as some weird footnote. This goes for you GMs as well, don’t tell your players how they feel about your big scary NPC, show them how they should feel by having a bunch of scared peasants run for their lives as she torches a cottage with her balefire gaze. Or something like that.

Now let’s talk about DTMHMCFAYC’s older brother, this is a very common behavior, especially, believe it or not, among more experienced players, it goes like this:
You (playing your now-roleplaytastic robot vixen): Gerard, you almost got us killed back there.
Frank (Playing Gerard?): Well, no, I just didn’t roll that well
You (out of character now): Was that in character?
Frank (???): Yes, no, anyway, you can’t blame me because Rodrigo didn’t tell us there would be fire bats involved.

The scene starts, then stops, then devolves into out-of-character arguing, as is often the case any time you use out-of-game rationale during in-game arguments. If you play with a group who wants to roleplay you have to learn to roll with it, keep roleplaying even if the situation seems unfair. Ever watch that movie where the main character gets in trouble for something that wasn’t his fault? You know, every movie? Does that character then say, “wait hang on, the writer’s making it seem like I’m bad at this”? Be aware of your character’s likes and dislikes, her choices, her style, and it’ll be easy to respond in character when someone throws you a curve ball.

Lastly in this category, we’ll talk about a small related problem that some of us have come to call the N00b Joke. It goes like this:
You (RV): Alright, let’s go over the plan one more time.
Frank (Now totally in character as Gerard) Ok, we need to worm our way into this sewer grate…
Your phone: Beep! Boo-Beep!
You: Ah, sorry guys, I just got a text from my sister, I gotta go pick her up in a half hour,
Clark (Unfortunately in character as Felix): Woah, there RV, it’s pretty unprofessional of you to have your phone on during a mission, and who is this sister you speak of?
You: Seriously Clark, just shut up

Don’t do it. Saying, “What is this television that you speak of” when someone makes an out-of-character comment in D&D is not funny. Mostly it bumps everyone out of character and disrupts the focus of the scene. Few things are as awkward as someone looking around a table for acknowledgment while four other nerds avert their gaze by flipping through their handbooks, looking down at the floor or picking stuff out of their fingernails with their mechanical pencils. Which leads me to another group of problematic behaviors.

Let’s call this group Focus Issues. The main problem with these is that they make the game drag on forever, or, most often, keep the game from moving at a pace where things are accomplished within the allotted time for a session.

The main one, I find, is when the players are doing something else while the game is going on, now-a-days that usually means surfing the web, but I’ve seen people playing WOW, doing homework or doing any number of other things. Now, it’s important to do homework, and to strike a decisive blow for the hoard, but not while four other people have agreed to clear their schedules to have a game. So as a player, just abstain from checking your tweetyfaceplace during the game; as a game master just make sure to explain to your players that you want them to pay attention. If texts are a problem institute a no-textback policy, and if computers are a problem just have players print out their character sheets, like our grandparents did during the war.
Often players aren’t doing something else the whole game, but they will frequently stop paying attention when they are not the focus of the game. This can be a big issue, there are players out there who can’t be bothered to pay attention during other peoples’ turns, much less during scenes where they’re not present (Which, depending on your metagaming policies may be a good or bad). So each time they return to the action they have to be filled in as to what is happening. This issue is a little harder to deal with, because it may stem from different sources depending on the player, some just have a short attention span, some don’t care about other people’s characters or plot lines until it becomes an issue for their characters. As a fellow player there’s not always anything you can do, except maybe bring it up to your game master. As a game master you have to figure out why the player stops paying attention and address it, otherwise your games will drag on forever.

And speaking of dragging on, let’s talk about what is probably the most common focus killer in the gaming groups I’m in, I call it The Joke Spiral. It’s generally not a problem when one player makes an out-of-character crack about something, it’s even not a big deal if another player makes a followup joke. The problem is when every one needs to get a crack in every time something funny is said. As a game master you have to set the tolerance level for the group, I’ve “played” in games where we could barely get through one encounter in six hours because of all the witty banter going on, that is not an exaggeration either. As a player it is your duty to stop the Joke Spiral before it gets out of control by refraining from adding to it, whenever you could jump in with an amusing anecdote, witty joke, or crafty zinger… don’t. It means that no one will get to hear about your hilarious guacamole joke, but hey, at least your dwarf fighter will get to smash some heads.

Hopefully this’ll help you at your gaming table, if you identify these behaviors in others, and you feel comfortable addressing it, pull them aside and talk to them about it. If you spot these habits in your own behavior your next gaming session is the next best time to change them.