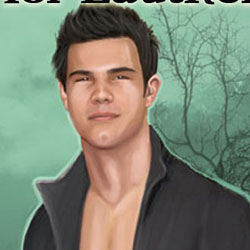 Bluewater Productions announced it has completed its series of Twilight biographies concluding with Taylor Lautner.

“The Twilight series has become a pop culture phenomenon,” said Darren Davis, president and founder of Bluewater Productions. “It’s transformed previously unknown actors into superstars. It seems that the same thing is happening with Taylor Lautner. We at Bluewater are happy to bring Taylor’s story to his fans, and hope that his comic helps introduce these readers to the joys of graphic storytelling.”

The issue is written by Kimberly Sherman, with art by Warren Martineck.  The $3.99 issue arrives in August.

Stormy Daniels gets her own bio comic book from TidalWave Productions