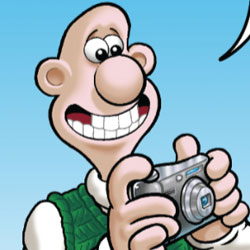 Wallace and Gromit land in The Sun Wallace and Gromit found themselves in The Sun today.  No, it’s not the latest short subject from Aardman Animations, but rather a new comic strip that launched in the British newspaper The Sun.

Launching in The Sun on Monday 17th May, each story will run over six days (Mon-Sat) and will feature the world famous duo in all-new adventures. The hilarious new comic strips have been originated by Titan Comics, in association with Aardman Animations, the award-winning studio that originally brought Wallace & Gromit to life.

For our great Great Britain Spoilerites, did you read it?  Give us a rundown of the quality in the comment section below.