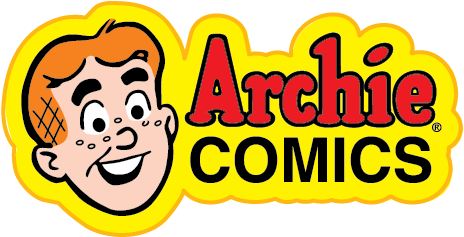 This March, Archie Comics fans are in for a special treat. Tom Root, co-head writer and co-producer of the Emmy Award-winning Robot Chicken on Cartoon Networkâ€™s Adult Swimâ€”and co-creator/executive producer of the networkâ€™s upcoming Titan Maximumâ€”brings his patented irreverent humor to the milestone 200th issue of JUGHEAD.

The issue-length saga â€œSomething Ventured, Something Gainedâ€ takes Riverdale Highâ€™s fabled teens on their wildest ride ever, as Jughead trades his bodyâ€™s metabolism to a witch in exchange for a mega cheeseburgerâ€¦ and everything goes bonkers from there with a chain reaction of cataclysmic proportions!

Before you know it, Archie is offering his pure heart to get Juggyâ€™s metabolism back, and Betty and Veronica make offers of their own to get the old Archie to return! Meanwhile, Jugheadâ€™s waistline is growing larger than Lodge Mansion! Needless to say, the kids are plenty disenchanted with being enchanted.

Tom Root has been entertaining comic book and pop culture fans since his days writing â€œTwisted ToyFare Theatreâ€ stories for ToyFare Magazine. The hilarious fumetti-style comic strip, utilizing photos of famous action figures instead of drawings, contained the anything-goes satire that fans have come to expect from Root on Robot Chicken. Not to mention the basic concept, which Robot Chicken carries further by actually animating action figures and placing them in comically absurd situations.

Now longtime comics fan Root gets a chance to return to his roots. And while this story features 2-D drawings instead of the 3-D action figures that usually star in his scripts, thereâ€™s nothing two-dimensional about Rootâ€™s larger-than-life tale.
â€œTom Root infuses his scripts with wild humor and energetic storytelling that perfectly fits Jughead,â€ said Archie Comics CEO Jonathan Goldwater. â€œWe admire his enthusiasm and congratulate him on all his success.â€

This wonâ€™t be the first time Root has tackled the beloved comic book teens. One of Robot Chickenâ€™s most popular episodes is a parody of the â€œFinal Destinationâ€ movies using the Archie Comics characters. This episode was recently repeated, no doubt in response to the success of the latest â€œDestinationâ€ movie as well as the tremendous popularity Archie Comics are currently enjoying with such epics as the â€œArchie Gets Marriedâ€ storyline.

â€œThe Archie Comics characters are comedy icons,â€ said Root. â€œEach characterâ€™s personality has been so well-defined over the course of nearly 70 years that it was a lot of fun to shake them up and present them with new challenges. Mostly, though, I just wanted to write a funny issue. I hope Archie fans like it!â€

JUGHEAD #200 retails for $2.50 and will be available this March wherever comic books are sold.