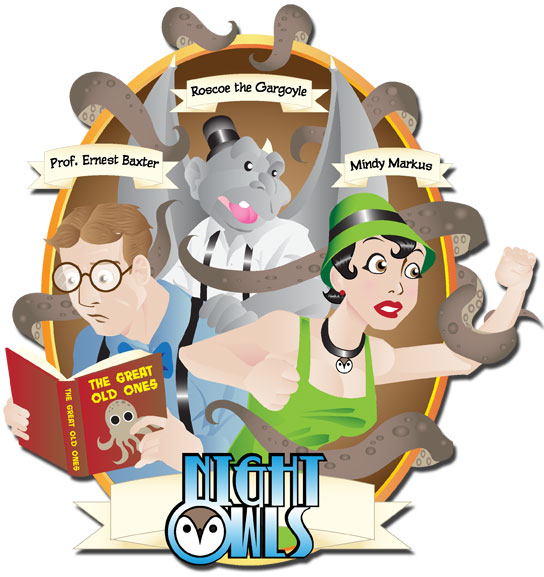 While a great deal of fanfare has been made over Marvel testing the online format, DC Comics has been doing it for a couple of years with its Zuda Comics imprint.Â  For the Timony Twins, Zuda has been a perfect way for the duo to distribute their Night Owls strip, and as it wraps its second “season”, Bobby and Peter Timony are giving a little something back to fans in the form of a companion commentary track.

“Throughout the run, we had thrown in little inside jokes, and done alot of research on the era,” said Bobby Timony.Â  “Since the casual observer wouldn’t necessarily know the history behind a building I drew or the significance of a certain phone number, it seemed like a natural idea to create a behind-the-scenes account of things. Our hope is that it provides a fun free reward to people who have been following the strip, as well as an neat incentive to new readers to start reading through the archives.”

“Zuda’s been an enormously positive experience for me. Both the people who run Zuda and the community of readers have been very encouraging. Our comic runs twice a week, and we usually receive some feedback on the days it goes live. People will often speculate on what’s up coming next, and that’s always fun to read. Every now and then someone will see a clue and guess something correctly, but for the most part, they usually think we’re going somewhere completely different. We like to keep ’em guessing.”

What’s next for Night Owls?Â  Don’t be surprised if down the road you see the web comic series move to print collections to draw in even more readers.