With all the hype coming from Marvel surrounding those Skaar promos, it’s about time to see what the prologue brings to the table.Â  Marvel has sent Major Spoilers a sneak peek of the issue that arrives May 20, 2009.

PLANET SKAAR PROLOGUE (MAR092571)
Written by GREG PAK
Penciled by DAN PANOSIAN
Cover by ALEX GARNER
Scribe Greg Pak (World War Hulk, Skaar: Son of Hulk) and artist Ron Lim (Skaar: Son of Hulk) deliver the most violent brute in the Marvel Universe on a vicious quest for vengeance!Â  Skaar ravaged his homeland and now has his sights set on Earth where it will be Hulk vs Hulk â€“ with mankind stuck in the middle!Â  The sins of the father will come back to haunt Earth as Skaarâ€™s stunning secrets are revealedâ€”and put Earth in grave danger! 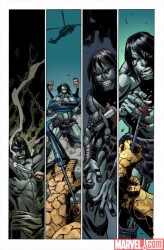 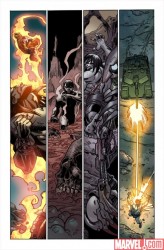 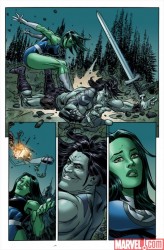 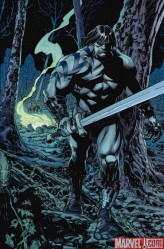 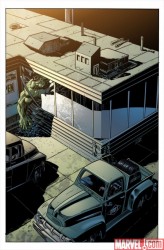 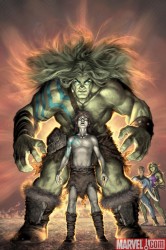