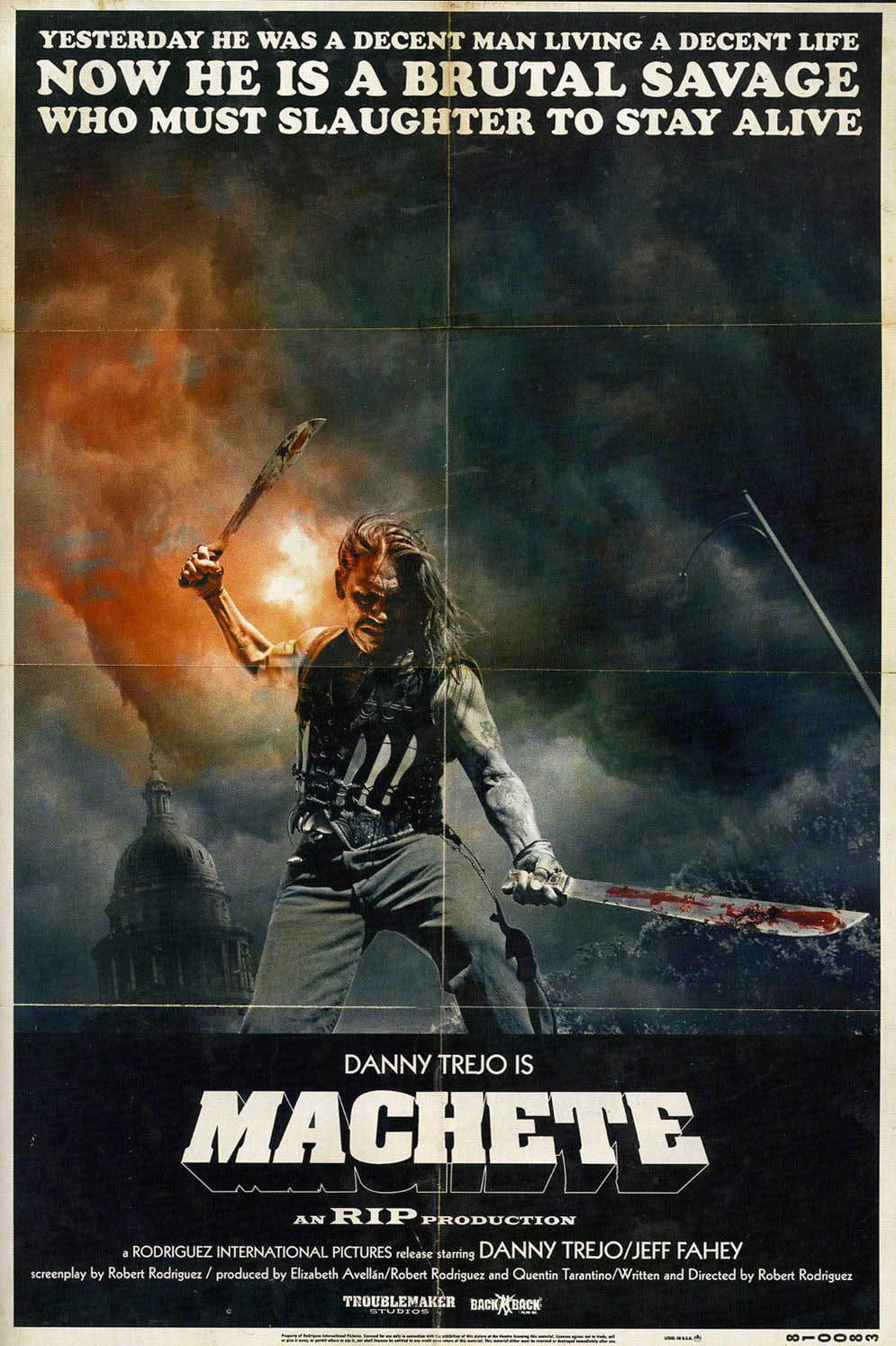 Variety is reporting Robert Rodriguez is taking the Machete trailer from his Grindhouse film, and turning it into a feature length movie.Â  Danny Trejo will play the lead character, with Rodriguez expected to start filming in June.

Machete is a Mexican ex-Federale with a gift for wielding a blade, who hides out as a day laborer, who is double-crossed by a corrupt state senator.

In addition to that bit of news, Variety also reports that the producer/director/editor/graphic artist/musician/grip/gaffer/catterer/fill in any other job Rodriguez does himself here has written the script for the relaunch of the Predator series for 20th Century Fox.Â  This I find really interesting, because the last round of Aliens vs. Predator didn’t totally suck balls, and in fact made quite a bit of money for the studio.

For now it looks like Rodriguez is only writing the Predator script.