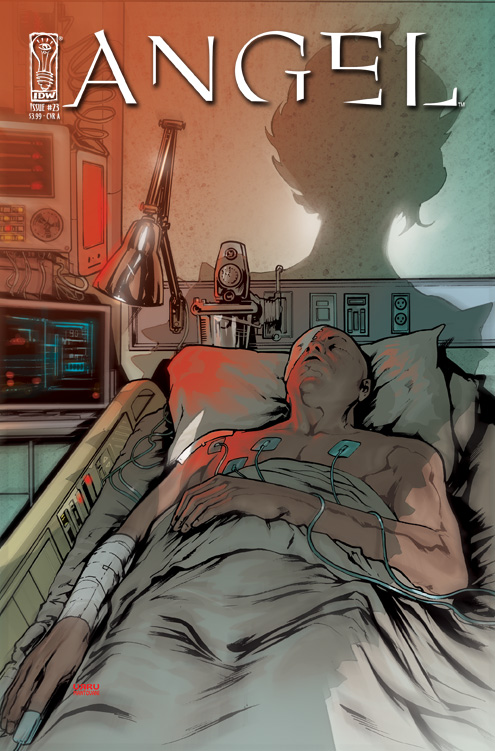 Juliet Landau created a really the really unique vampire Drusilla in the Buffy the Vampire television series, now the actress is picking up the pen and writing Drusilla into the pages of IDW Publishing’s Angel.Â  But before all that happens, Brian Lynch and artist Franco Urru reunite to tell the tale featuring the fate of Gunn in Angel #23, before Landau steps up for issues #24 and #25.

â€œWe are very excited to have Brian back on Angel, and the stories heâ€™s telling here really set the tone for whatâ€™s to come,â€ said IDW Publisher and Editor-in-Chief Chris Ryall in a prepared statement. â€œNot only do we see Gunn dealing with the repercussions of his actions in After the Fall, but we also finally get to check in on the intriguing and very insane Drusilla. And having Juliet Landau craft Drusillaâ€™s story in such a clever way is an even bigger bonus for fans, since she has a true understanding of the character and what motivates her.â€

When fans last saw Gunn, his return from Hell left him comatose with only Illyria to look over him. Angel #23 explores what happens next, plus brings back a renowned character as the villain of the issue in an unexpected twist. Landau and Lynch will co-script Angel #24 and #25, with Urru once again handling art and cover chores. British artist Sam Shearon will also provide a cover for the issue. Making this two-issue event a must-have for fans, a new pictorial of Landau will be included as a back-up feature in the issue.

Angel #23 hits shelves in July, with $24 and #5 appearing the following months.