Teal’c Gets Tooned Up in New Maquette 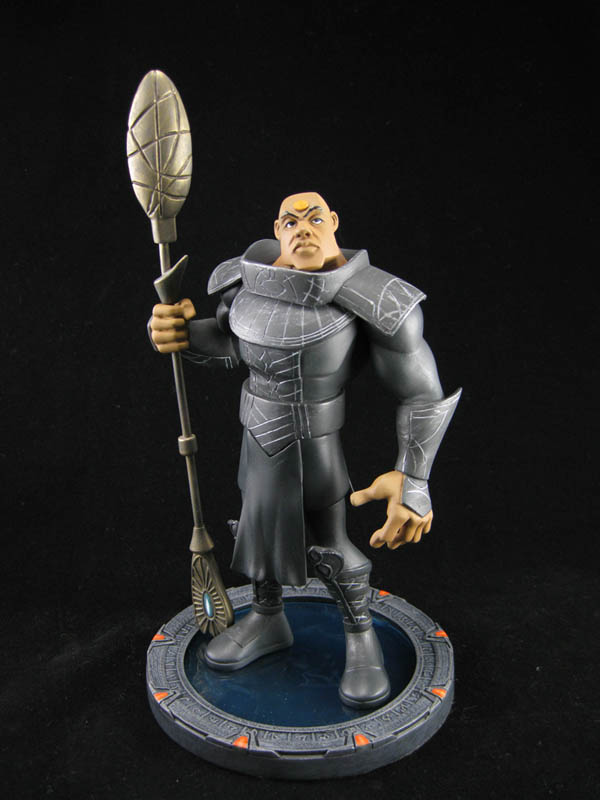 Fans going through withdrawal symptoms from missing Stargate SG-1 can ease that feeling of loss with a very cool looking Teal’c maquette done in an animated style.

The first in a new line of â€œHero-Sizedâ€ animated maquettes, Teal’c is sculpted as we first meet him in the Stargate SG-1 pilot episode Children of the Gods: First Prime of Apophis and deeply troubled by what he has seen and done in his god’s name.

The maquette stands just over 9-inches high, and is limited to only 1,000 units.Â  This is the first in a line of animated maquettes that Quantum Mechanix will produce from the SG-1 universe.Â  Teal’c will sell for $89.95 when it begins shipping June 15, 2009.