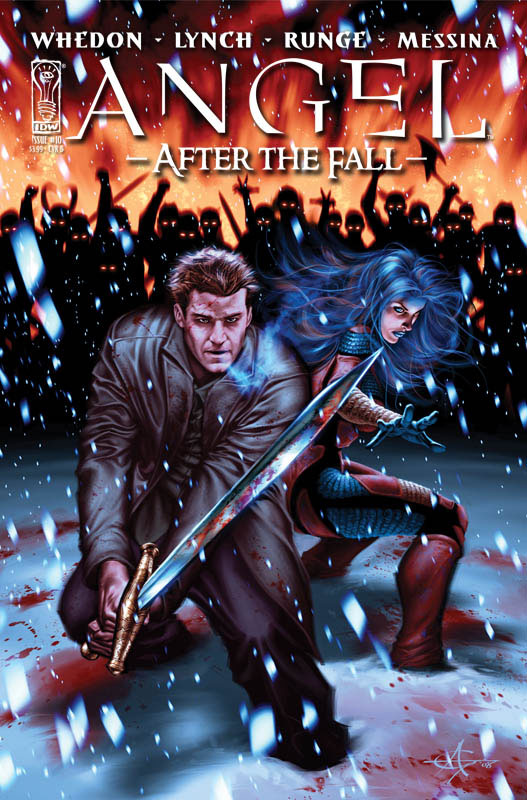 For the third week in a row, fans have flocked to their local comic book store for Angel: After the Fall! The hardcover graphic novel earned the sixth spot on The New York Times Best Seller List, marking the seventh week since the list began in March that IDW books have been ranked.

â€œWe are truly flattered that fans love Angel so much,â€ says IDWâ€™s Publisher/Editor-in-Chief, Chris Ryall. â€œCreator Joss Whedon and writer Brian Lynch have developed an amazing story about what happens to Angel after the TV showâ€™s finale, and fans clearly canâ€™t get enough.â€

Angel: After the Fall Volume 3, number six on this weekâ€™s Best Seller List, continues the adventures of Angel, Spike and the rest of the cast who survived the final episode and puts long-time friends-turned-enemies on a collision course.

â€œItâ€™s pretty impressive that, even without a TV show, the books continue to attract such attention from fans,â€ added Ryall. â€œAnd overall, weâ€™re very excited that IDW books have made the Best Seller List nearly every week since it started.â€

Learn more about all of IDWâ€™s top quality books at IDWPublishing.com.