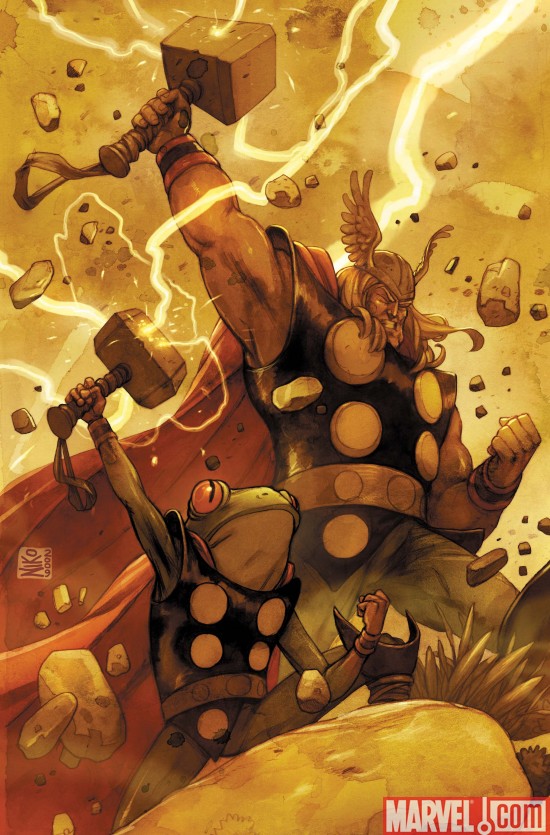 This week, Joe Quesada hands out some sage advice on how to break into the comic book industry as a writer of fine tales.

So my suggestion to those guys is always, â€œKeep it basic. If your character is the Silver Surfer, then write a Silver Surfer, but keep it basic, the way he is now in his current incarnation. Donâ€™t give me the reinvention yet. Weâ€™ll see what you can do first in the current boundaries that we have, in the current continuity.â€ And I think a lot of people miss the fact that 90% of the stuff our writers are working on today is not reinventionâ€”itâ€™s writing the character in the status quo. Thatâ€™s what we do for the bulk of the job, so thatâ€™s the starting point. And donâ€™t worry about a five-issue storyarc at this point. Just a single, done-in-one, 22-page comic.

He and Jim McLauchlin also talk about Pet Avengers, and more news about Marvel’s 70th anniversary.