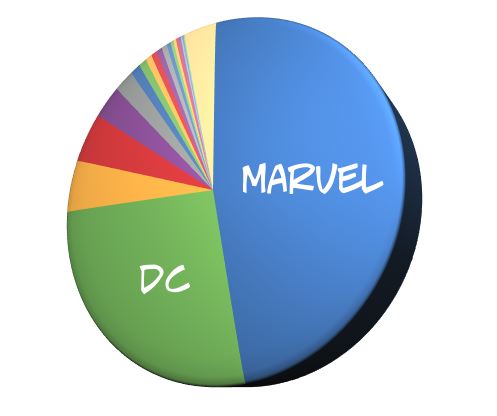 Diamond Comic Distributors has sent Major Spoilers the breakdown of the top 300 comics for the month ending March 2009.Â Â  DC’s Batman: Battle for the Cowl #1 sold well, but not enough to beat Dark Avengers #3 and New Avengers #51 (both Dark Reign tie-ins).Â  It, Justice League of America #31, and Dark Horse’s Buffy the Vampire Slayer #23 were the only non-Marvel titles in the Top Ten for the month, which means, once again, Marvel took the month with a 47% hold on the direct market.

As reported a few days ago, IDW Publishing had a nice run for the month coming in third for March 2009, beating Dark Horse Comics by a mere .3% in the unit share column.

Take the jump to see where your favorite comic falls on the Top 300 List, and don’t forget, you can sort the columns.