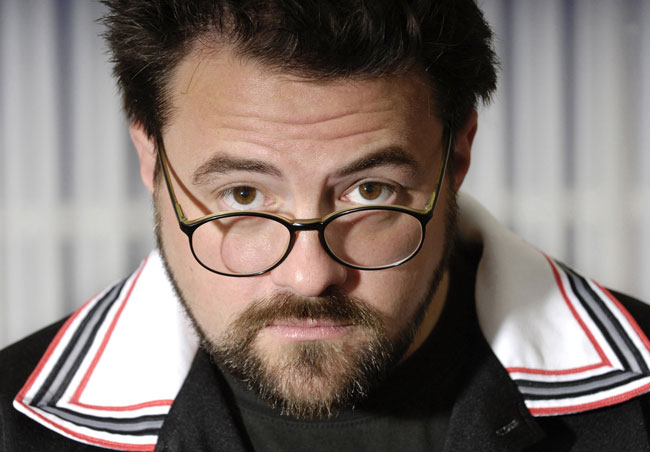 Says Smith, “This country must truly be in a desperate financial crisis. How else to explain Carnegie Hall allowing someone with so little talent onto their hallowed stage.”

Appearing for one night only, Smith’s colorful and unchecked stage “performance,” entitled Silent Bob Speaks: An Evening with Kevin Smith, will provide an up close and personal look into the irreverent mind of the talented filmmaker and pop culture connoisseur. During his three hour show Smith will engage in an unreserved audience Q&A, a feature of his appearances which have gained cult status among his fans.

Kevin Smith, who is currently at work directing his next feature, “A Couple of Dicks,” starring Bruce Willis and Tracy Morgan, has written and directed the feature films “Clerks,” “Mallrats,” “Clerks II,” “Chasing Amy,” “Dogma,” and “Jay and Silent Bob Strike Back,” “Jersey Girl,” and “Zack and Miri Make a Porno,” starring Seth Rogen.” Smith has also released three DVD’s of his various stage shows (An Evening With Kevin Smith, An Evening With Kevin Smith 2: Evening Harder, A Threevening With Kevin Smith). He’s published two books of essays and blog postings (Silent Bob Speaks and the New York Times Best Selling My Boring-Ass Life), written for both of the major comic book giants DC and Marvel (the award-winning Daredevil, Spider-Man and the Black Cat at Marvel Comics, and Batman: Cacophony and the award-winning Green Arrow at DC Comics). In addition to filmmaking, Smith occasionally moonlights as an actor, appearing in Live Free Or Die Hard, starring Bruce Willis and Catch And Release, starring Jennifer Garner.

David J. Foster has produced numerous hits, both on Broadway and off, including Slava’s Snowshow and Kiki & Herb: Alive on Broadway (2007 Tony(R) Nomination), Puppetry of the Penis, The JAP Show, C’est Duckie, 21 Dog Years, Sing-A-Long Sound of Music. Other credits include Jerry Springer The Opera, An Evening with Alex Borstein and Seth MacFarlane, Kiki & Herb Will Die For You, all at Carnegie Hall, as well as Rufus Wainwright Sings Judy Garland, which played at numerous prestigious venues including Carnegie Hall, London Palladium, Paris Olympia and the Hollywood Bowl. Foster also produced the film The Craic.