The Cars #1 Sells Out 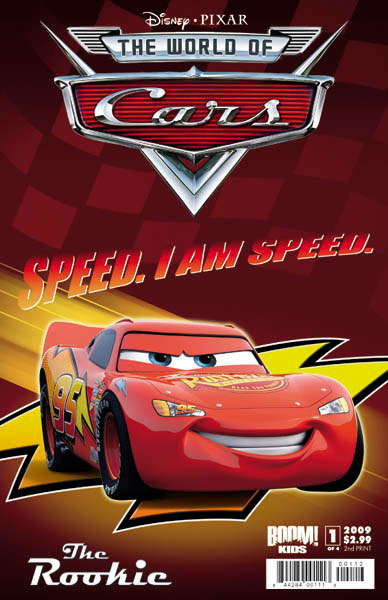 BOOM! Studios announced today that one of the premiere titles for their new BOOM! Kids imprint, CARS: THE ROOKIE #1 has sold outÂ  – in only one week! This follows on the heels of pre-release sell outs for THE INCREDIBLES: FAMILY MATTERS #1 and THE MUPPET SHOW COMIC BOOK #1.

Fans should keep in mind, while Diamond Comics Distributors is completely sold out, CARS: THE ROOKIE #1 may still be found at direct market retailers across the country.

Diamond Comics Distributors is making the second printing of CARS: THE ROOKIE #1 available for retailers to order immediately and the second print will be featured in the April 22nd issue of Diamond Dateline.

CARS: THE ROOKIE #1 second print (FEB098624) features a brand new photo cover and will hit store shelves mid-May, serving as a great follow-up to the CARS: THE ROOKIE Free Comic Book Day release on May 2nd.

CARS: THE ROOKIE features an all new CARS story, written by Alan J. Porter with art by superstar newcomer Albert Carreres. The first printing featured A and B covers with art by Allen Gladfelter.

About BOOM! Studios
BOOM! Studios (www.boom-studios.com) is a unique publishing house specializing in high-profile projects across a wide variety of different genres from some of the industryâ€™s biggest talents. In its inaugural year, Wizard Magazine named BOOM! â€œBest New Publisher.â€ Founded by the creator of the TV show EUREKA, Andrew Cosby, and his partner Ross Richie, BOOM! Studios continues to be on the leading edge of comic and graphic novel publishing.