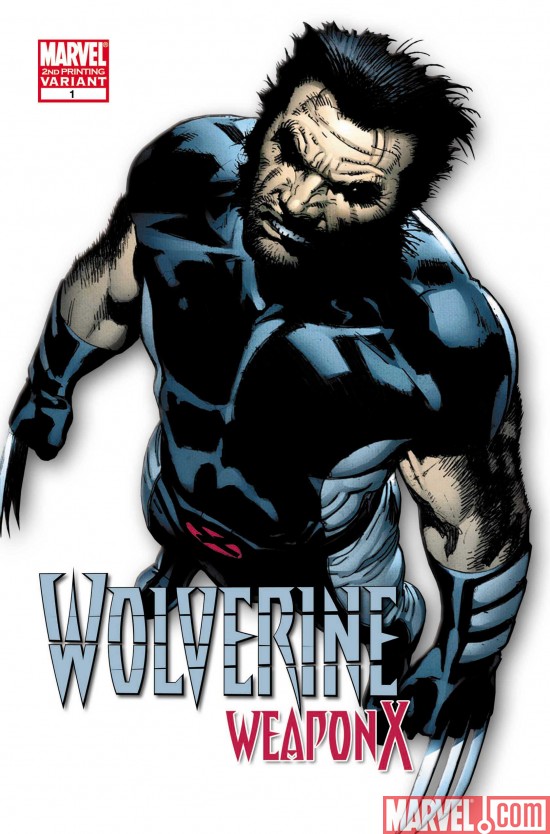 Marvel has announced that New Avengers: The Reunion #2, and Wolverine #1 have both sold out at the distributor level.

On New Avengers: The Reunion #2:

The fan favorite duo writer Jim McCann and artist David Lopez join together to bring Ronin and Mockingbird back together during Dark Reignâ€¦but things aren’t going as they planned! Somewhere there is a ticking bomb and time is running out! Can the two settle their differences before an entire city blows to pieces? The answers start here!

Jason Aaron and artist Ron Garney craft a tale of mystery and intrigue that presents the most dangerous X-Man as you have never seen him before! As if Loganâ€™s past couldnâ€™t haunt him even more, someone from Weapon X is out creating killers based on his image!  But when the deadly Wolverine discovers this shocking truth, will anyone survive the backlash?  Donâ€™t miss Garneyâ€™s stylish interior artwork on the cover of this highly anticipated second printing variant!

Wolverine fans will be able to get a reprint of the first issue beginning April 29, 2009.  But for now, New Avengers: The Reunion readers will have to wait to see if this issue goes back to press.  Otherwise, wait until May 6, 2009, when issue #3 arrives in stores. Both issues feature the $3.99 cover price.