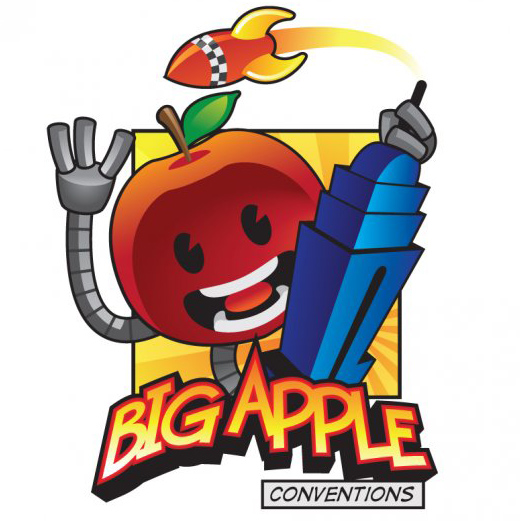 Here’s something that makes a whole lot of sense; your company is letting people go left and right, you cancel and/or postpone Wizard World Texas and Wizard World Los Angeles, so you go out and purchase the Big Apple Convention.Â  To make matters even more confusing, Gareb Shamus is moving the show to October 16 – 18, 2009, which just so happens to be the same month that the New York Comic Con had announced it is moving to.Â  If Shamus and Wizard wanted to stir up a hornet’s nest of publicity on a slow news day, it certainly succeeded in that.

The complete press release after the jump, and don’t forget the comment section for you to do all that talk backin’ that y’all do so well.

Gareb Shamus, CEO of New York-based Wizard Entertainment, today announced he has acquired Big Apple Con, one of the trailblazing brands in the comic book and pop culture world, and the longest running annual show in New York City. The “new” Big Apple Con is moving to Pier 94 in Manhattan the weekend of October 16-18, 2009.

“I’ve been going to shows in New York City since I was a kid and I have a fondness for Big Apple Con,” Shamus said. “Today’s acquisition fulfills a dream of running a mega-show in New York City unlike anything there’s ever been.”

This move also enjoys tremendous support and enthusiasm from industry leaders. “Diamond is really looking forward to working closely with our friends at Wizard as they expand into the New York market,” said Bill Schanes, Vice President for Purchasing at Diamond Comics. “We anticipate a great event based on their ability to attract key talent, to promote and market the event, and at the same time to give consumers a tremendous value for their admission price.”

Ed Fleming, CEO/Founder of Video Game Expo (VGXPO), the largest East Coast expo of its kind, announced recently its partnership with Wizard World Philly. Now, VGXPO will expand its relationship to include Chicago Comic-Con and Big Apple Con, as well. “Our partnership provides VGXPO with the ability to rapidly grow our footprint from Philadelphia to Chicago and now New York City,” he said. “We look forward to working and sharing our passion for video games with all the fans in New York.”

Michael Carbonaro, the longtime and current producer of the show, will continue to provide his limitless creativity and enthusiasm to the show.

Exhibitors will need to act fast, though, as Big Apple Con has been sold out for years. Those wishing to be a part of this exciting event should contact: