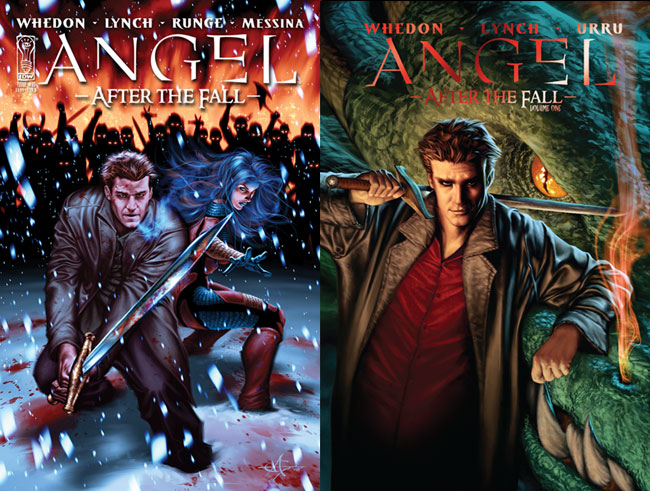 â€œEven without a current TV show, Angel has remained a fan-favorite character,â€ says IDWâ€™s Publisher/Editor-in-Chief, Chris Ryall. â€œWriter Brian Lynch, working with Angel creator Joss Whedon, has really delivered an epic story that picked up from the amazing cliffhanger of the showâ€™s finale. Itâ€™s great to see that fans like what weâ€™re doing.â€

On its second printing and with direction from Whedon, Angel: After the Fall Volume 1 picks up number three on the Best Sellers List. Volume 1 begins where the TV series left off and chronicles Angel, Spike and the rest of the cast who survived the final episode. Angel: After the Fall Volume 3, number two on the Best Sellers List, advances the plot and puts long-time friends-turned-enemies on a collision course.

Capping off a great week for IDW, Transformers: Beast Wars Omnibus makes a strong showing at number three for the Graphic Books Best Seller List (paperback), featuring the ultimate fan guide for some of the most revered characters in the Transformers Universe.

â€œBeast Wars Omnibus goes beyond the Beast Wars story to offer insights into the characters,â€ Ryall said. â€œWith the inclusion of two reprinted stories, Omnibus gives fans a really in-depth look at the Wars, and weâ€™re gratified to see them enjoying the book.â€

Learn more about all of IDWâ€™s top quality books at IDWPublishing.com.

About IDW
IDW is an award-winning publisher of comic books, graphic novels and trade paperbacks, based in San Diego, California. As a leader in the horror, action, and sci-fi genres, IDW publishes some of the most successful and popular titles in the industry including: television’s #1 prime time series CBS’ CSI: Crime Scene Investigation; Paramount’s Star Trek; Fox’s Angel; Hasbro’s The Transformers, and the BBC’s Doctor Who. IDW’s original horror series, 30 Days of Night, was launched as a major motion picture in October 2007 by Sony Pictures and was the #1 film in its first week of release. In April 2008, IDW released Michael Recycle, the first title from its new children’s book imprint, Worthwhile Books. More information about the company can be found at http://www.idwpublishing.com