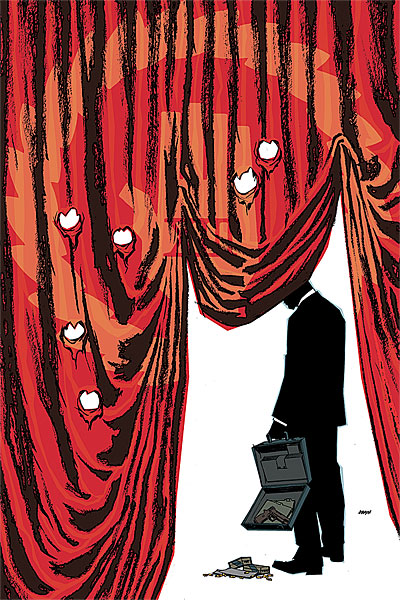 The highly anticipated final issue of 100 BULLETS (Vertigo / 48 pages / color / $4.99) by Chicago writer Brian Azzarello (Joker) and Argentinean artist Eduardo Risso hits stores April 15th. Nearly a decade in the making, 100 BULLETS is one of the longest running comic book series to be produced, without interruption, by the same writer, artist and cover artist, Dave Johnson.