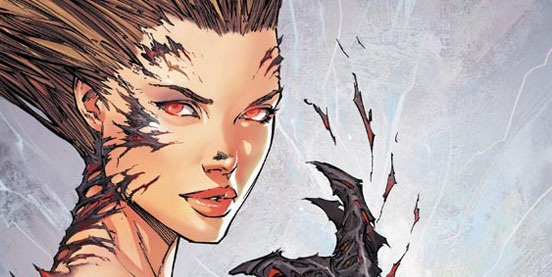 Top Cow has sent Major Spoilers its official plans for this weekend’s Emerald City ComiCon, and also sent along the show exclusive variant cover to Witchblade #125.

The publisher will be celebrating the 125th Issue of Witchblade with a cover variant exclusively released for the Emerald City ComiCon featuring a brand new illustration by Marc Silvestri of Sara Pezzini.Â  This marks the first time Silvestri has depicted Pezzini in her â€œdark armorâ€ form, which she has adopted as part of the â€œWar of the Witchbladesâ€ storyline that kicks off in issue #125. Copies of the exclusive variant cover will be available at the Emerald City ComiCon show booth (#604) for a SRP of $10. 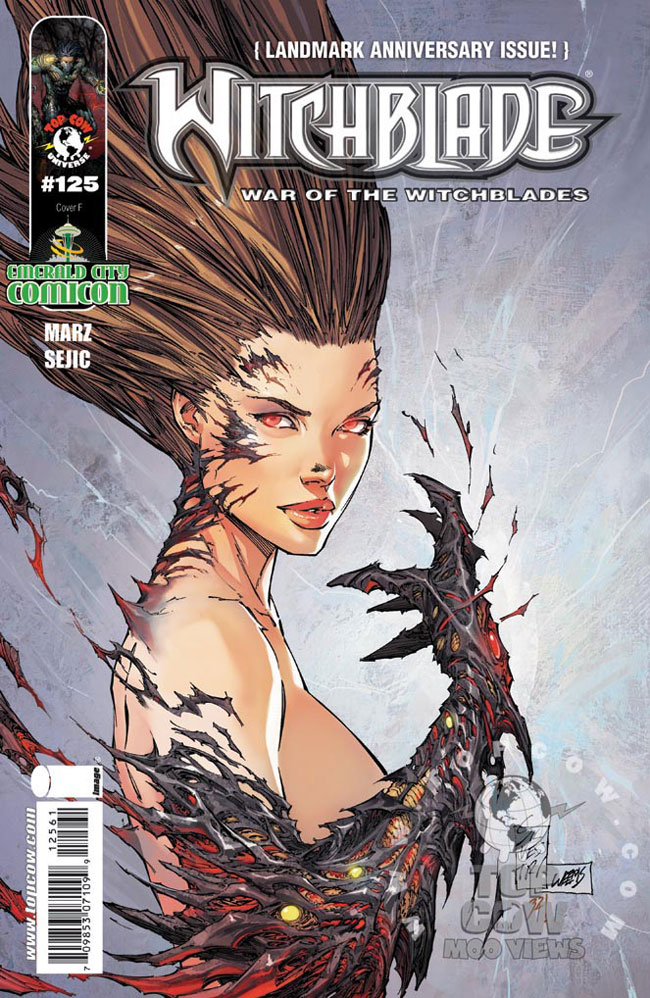 Top Cow Publisher Filip Sablik and Boom! Studios Publisher Ross Richie will be co-hosting a panel entitled â€œInside the Writerâ€™s Studio: Mark Waidâ€, focusing on the work and career of the prolific writer and editor in a format reminiscent of Bravoâ€™s â€œInside the Actorâ€™s Studioâ€. Join them for a casual conversation and intimate look with Waid at his work including his runs on The Flash, Kingdom Come, Captain America, and many of comicsâ€™ other top properties. Plus be the first to get an inside scoop on upcoming projects like Cyberforce/Hunter-Killer, Irredeemable, and Disney’s Incredibles. The panel begins at 2pm on Saturday, April 4th in Panel Room 3B.