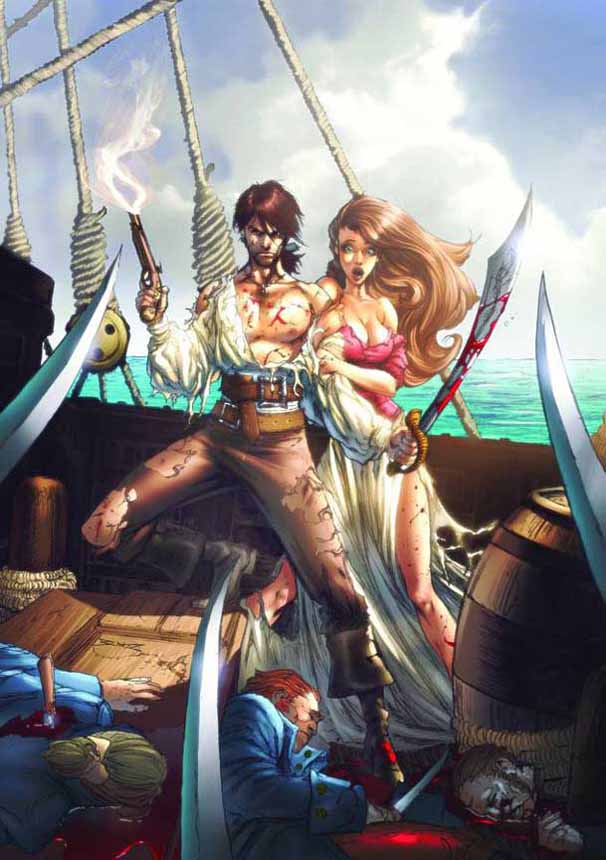 The venture was anticipated by Zenescope fans, especially those hungry for a pirate series.Â  “We feel bad that we let our fans down a bit after promoting the release and getting some great feedback but unfortunately sometimes the unexpected occurs.” said Zenescope Executive VP, Ralph Tedesco “We do wish No Quarter Entertainment luck with their future endeavors and hopefully the book will be published at some point, even if it’s not under the Zenescope label.”

The company still has plans to launch two new series later this year, both of which will debut at Comic Con International in San Diego, CA.

PREVIEW: Myths and Legends Quarterly: Blood of the Gods