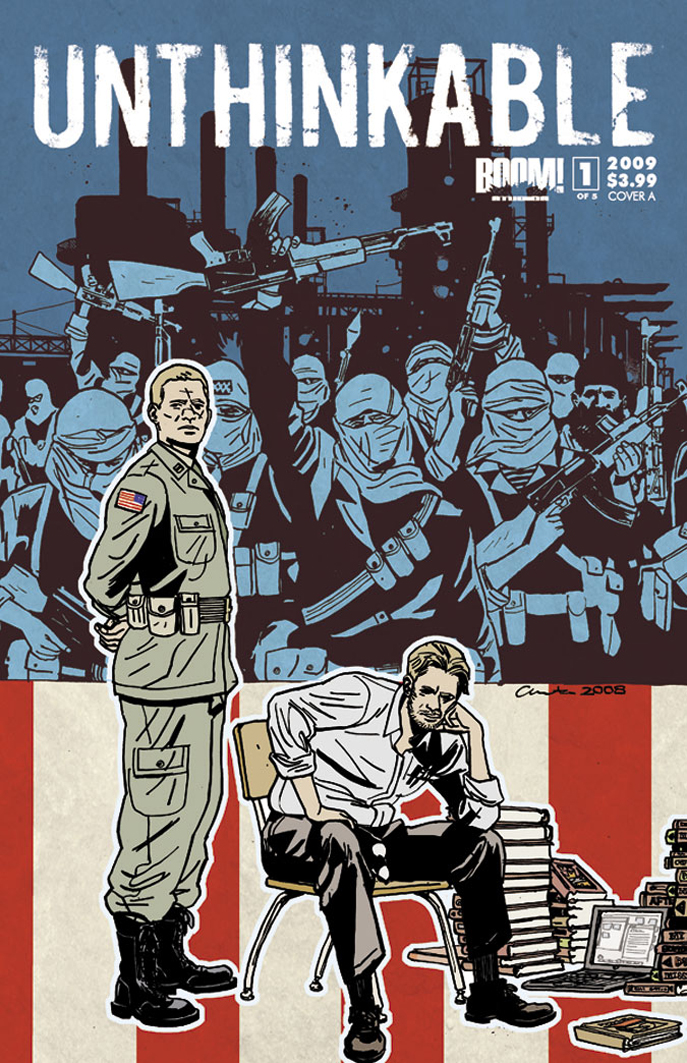 “It was a lot of fun. The puzzles were challenging and pretty creative,” said winner Justin Lundgren.Â  “I’m glad I won the game and I am looking forward to getting my prize!”

To promote the comic book’s release, BOOM! Studios and Mark Sable devised an Altered Reality Game, taking extended story elements that would otherwise be comic book back matter and creating an interactive game that players across the country could actually participate in.

“We worked almost as hard on the ARG as the comic itself,” said UNTHINKABLE creator Mark Sable. “I was astounded by not just the extent of participation, but how smart the players were in hunting down my fictional characters. Their engagement made all our work worth it, and I hope we can return the favor with a comic series that builds on what they experienced in the game.”

Written completely by UNTHINKABLE creator Mark Sable, all of the above sites feature what traditionally would be”back matter” content that extends and enhances the story of the impending UNTHINKABLE mini-series. The answer to mission one’s question as to whom in the Think Tank were communicating using this codeword was: Heinrich Greisman, Thurston Veigh, and Nathaniel Houston with the time being 5:30.

The second mission asked for a list of countries Nathaniel Houston visited, his current reading list, and how exactly he and other members were communicating. The answers to these questions were found on Houston’s LinkedIn site, his Amazon Wish List, and twitter conversations that the three Think Tank members were engaged in.

Mission three was the hardest of all the missions to complete, with a “photograph” of Nathaniel Houston being sent to all participating players. Just from the photo, they had to figure out where the character Houston was located. Unbeknownst to the players, the .jpg had geolocation information embedded within the file. That geolocation information took players to Al Abqaiq, Saudi Arabia. With a little more digging, this would lead the player to discover thatÂ  Al Abaiq, Saudi Arabia houses an Aramaco oil refinery. It is this refinery that plays a significant role in the first issue of UNTHINKABLE.

“It was a pleasure to be involved in such a ground-breaking new way to tell the back story of a comic book,” said Chip Mosher, Marketing and Sales Director of BOOM! Studios. ” With WATCHMEN, Alan Moore really took back matter to the next level, and with the UNTHINKABLE ARG, people down the road will see this as a completely new way to enhance the storytelling of sequential art.”

UNTHINKABLE #1 is written by Mark Sable and drawn by Julian Totino Tedesco with first issue covers by Paul Azaceta and Kristian Donaldson. The first issue of UNTHINKABLE ships in May and has a Diamond Code of MAR094127.

To find a comic book store near you, go to the comic shop locator, www.comicshoplocator.com.

About BOOM! Studios
BOOM! Studios (http://www.boom-studios.com) is a unique new publishing house specializing in high-profile projects across a wide variety of different genres from some of the industry’s biggest talents. In its inaugural year, Wizard Magazine named BOOM! “Best New Publisher.” Founded by the creator of the TV show EUREKA, Andrew Cosby, and his partner Ross Richie, BOOM! Studios continues to be on the leading edge of comic and graphic novel publishing.