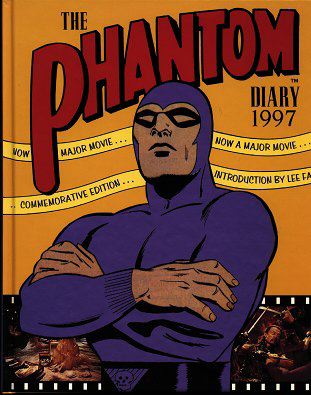 The Sci Fi Channel has announced it will bring its own take on the classic comic book character The Phantom to the small screen in 2010.Â  Moonstone Books currently publishes the print adventures of the ghost that walks, but Sci Fi thinks a four hour movie will be pretty kick-ass.

“That there hasn’t been a successful ‘Phantom’ leaves the door wide open for us, since nobody has made it their own yet,” said Robert Halmi Jr., president and CEO of RHI entertainment. “The four-hour format allows us to command large dollars around the world for our shows that puts about ($4 million-$6 million) of production on the screen per hour.Â  It gives the network a chance to try a concept with the same production values, if not better, than you’d get for a series.”

The team up with RHI entertainment has three features, Alice in Wonderland, The Phantom, and Philip Jose Farmer’s Riverworld coming to the network.