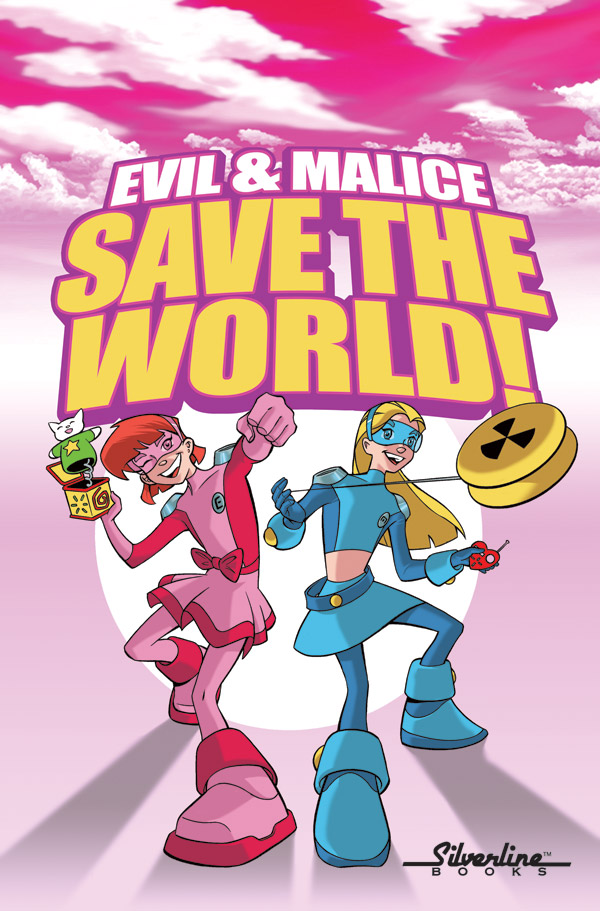 Those wanting to get their children addicted to comics, but wary of titles that may not be appropriate for the young’uns, might want to check out Image Comics Silverline Book’s Evil and Malice by Jimmie Robinson.

“A definitive collection of EVIL & MALICE has been a long time coming and I’m very happy it’s with the folks at Silverline Books,” Robinson said in a prepared statement. “Over the years I’ve heard a lot of demand for a superhero series older readers could share with their younger siblings, nieces and nephews. Considering Shadowline’s continued pushes into the younger reader market with their own Silverline Books division, they seemed like the right home to bring back EVIL & MALICE. I’m highly anticipating its upcoming reception with fans – new and old alike!”

EVIL & MALICE: SAVE THE WORLD collects the entire story of Evelyn and Malinda, the 13-year old twin daughters of an infamous (but soft-hearted) villian, The Black Eye. Once a collective of villains makes life miserable for dad, Evelyn and Malinda take it upon themselves to strike back — as superheroes! They’re quickly thrown into a madcap race against time until their father discovers their identities and grounds them for life!