Farscape #1 Back for Thirds 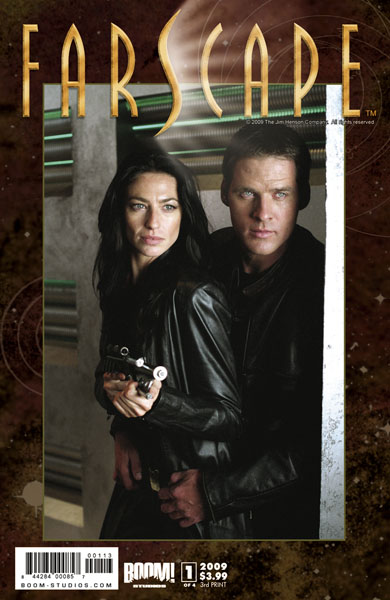 Boom! Studios dropped us a quick note to let us know Farscape #1 has sold out again and is going back to press for a third printing.

“We were blown away by the reaction to the first printing of FARSCAPE #1,” said Editor-in-Chief Mark Waid. “So when we went to a second print, we were pretty darn happy. We cannot believe that we have sold completely out of all of that now!”

“Marketing and Sales Director Chip Mosher and I couldn’t believe our eyes,” said BOOM! co-founder Ross Richie. “It’s clear that the FARSCAPE fans have spoken, and the Direct Market retailers have listened!”

The third printing will arrive in stores on April 25th, 2009.