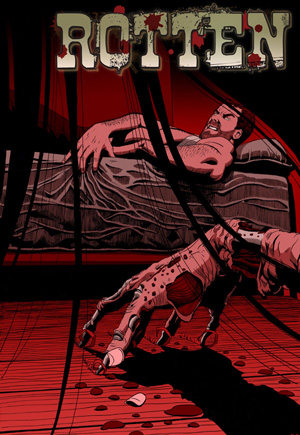 Moonstone Books has sent Major Spoilers the cover images and solicitation information for titles shipping in July 2009.Â  What could be better than the Phantom or Captain Action?Â  ZOMBIES!

â€œTHE CHASEâ€: When you steal something from the jungle, you better be prepared to run, especially when The Man Who Cannot Die is on your trail! Follow Desmond as he tries to escape from someone heâ€™s not even certain is real through the jungles of Northern Africa and into the dark recesses of his own imagination. Bonus: The serialized Phantom prose back-ups continue this issue.
(2 covers, E. Matto standard (75%), Noir B/w (25%))
â€œThrilling and excitingâ€- Broken Frontier
â€ Bullock and Szilagyi continue to excel.” â€“ CitC
â€œThe Phantom is worth the price of two comic books from DC or Marvel.” â€“ Comics Bulletin

The first ever on-going Spider series!

The Spider: the most violent and ruthless of all crime fightersâ€¦more just than the law, more dangerous than the underworldâ€¦hated, feared, and wanted by both. A cloaked, fanged, borderline crazy denizen of the dark force-feeding hard justice with a pair of â€˜45â€™s!Â  Senseless slaughter accompanies a new string of bold and audacious heists, and only the Spider can stop itâ€¦but at a price so steep, can even the Spider hope to pay it? A full length Spider comic novella thriller, PLUS a new Ghost Zero featurette!
***RETAILER INCENTIVE: for every 4 copies of the Spider #1 purchased, receive one free copy!

Great jumping on point for new readers, as the book covers the whole first story arc!
Ok, we have all heard of variant covers, right? How about â€œvariant interiorsâ€?
Thatâ€™s right, we have an ALL NEW version of issue #3â€¦all new story and all new art!
Itâ€™s the story BETWEEN the story!
Plus we have the first story arc synopsis to get everyone caught up to speed, and some cool extra â€œCaptain Action Filesâ€ pages!
(2 covers: Mark Sparacio color cover (75%), Noir b/w (25%))

***Retailer incentive: for every 5 copies of Captain Action 3.5 you buy, get one free!

A new maxi series of one shot comic novellas, with each issue by a different creative team telling a tale of one of the 21 Phantoms!

Join the 5th Phantom, his lady The Pirate Queen, and their â€˜skeleton crewâ€, as they helm a ghost ship and battle broadsides with the evil (and aptly named) Captain Devil. Things go terribly wrong, which sends the Phantom on a chase across the Seven Seas , as well as to the heights of Londonâ€™s high society and the slums of the East End!

Time and hope run out for injured Agent Wade as an embattled family prepares to feed him to a “sick” daughter. Agent Flynn zeroes in on the town as it erupts from the controversy surrounding the monstrous girl. Hair-raising suspense and queasy deja vu in the old West!