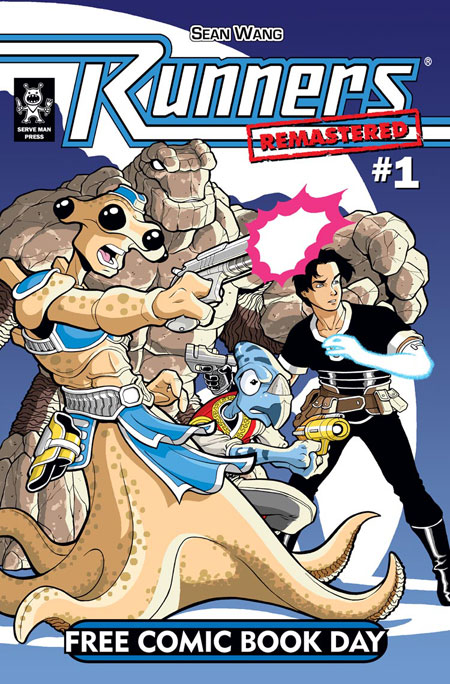 If you have never read Sean Wang’s Runners series, you owe it to yourself to pick up a copy as soon as you can.Â  If you can’t do that, head over to the newly launched website runnersuniverse.com to read the first series Runners: Bad Goods for free.Â  The series takes a look at a group of alien smugglers who happen upon a shipment that is more than it appears – and then all heck breaks loose.

The follow up series Runners: The Big Snow Job, was to be published a year ago by Archaia Studios Press, but will now appear online when the Bad Goods runs concludes online.

â€œIâ€™m still a fan of print comics,â€ continues Wang, â€œso the second series will still be collected into graphic novel format after it finishes posting online. But I hope to use the free webcomic to build the audience as large as possible in the meantime. I firmly believe that many who read the series online atÂ  www.runnersuniverse.com will still want to purchase the printed volumes. Hopefully, with a larger audience that is familiar with the series, comic stores can then order the books with more confidence that they aren’t â€˜taking a chanceâ€™ on an unknown small press book. So everyone wins! â€œ

Wang does point out something every web comic fan should do – purchase the collected editions of your favorite series to support the creators.Â  I’ve done it with Penny Arcade, Wapsi Square, Least I Could Do, Sinfest, and The Dreamland Chronicles.Â  Runners is an excellent series, and deserves your attention.