Thor and Avengers Flicks Get Bumped to Later Date 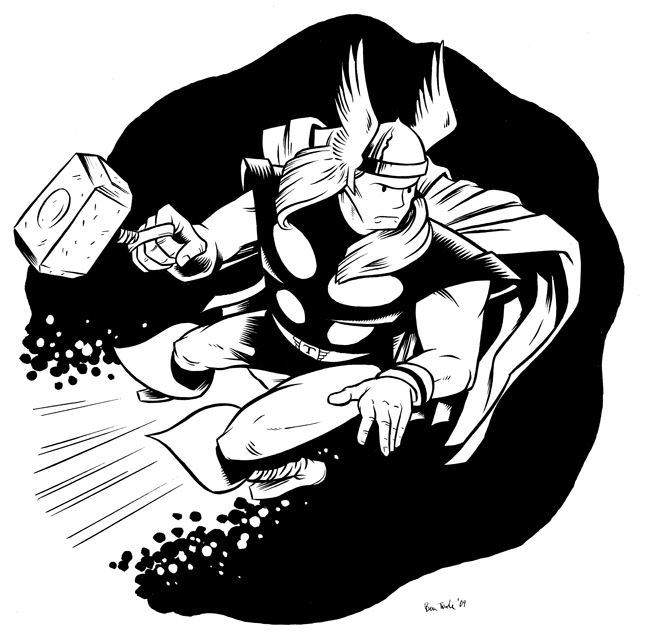 The Norse god isn’t going to be too happy with the news that Marvel has bumped the release dates for the Thor and Avengers movies back by almost an entire year.Â  Thor, which was scheduled to be released in June, 2010, now has a July, 2011 release date, while the Avengers are getting moved to May of 2012 — which is just about the time that final issue of Ultimate Wolverine vs. Hulk hits the shelves.

Execs did not offer a reason for the deferrals; Marvel Studios chairman David Maisel said only that the move “maximizes the visibility of our single character-focused films, leading to the highly anticipated release of the multicharacter ‘The Avengers’ film in 2012.”

In other words, the company is choosing wisely to release one or two films a year instead of bunching everything up to maximize its return on investment.Â  In this current economy, at a time when a film like Watchmen didn’t open as high as expected, hedging its bets and shifting release dates seems appropriate. A yearly release will keep fans happy, and ensures we have something to look forward to for the next three years.

(above image by Ben Towle)