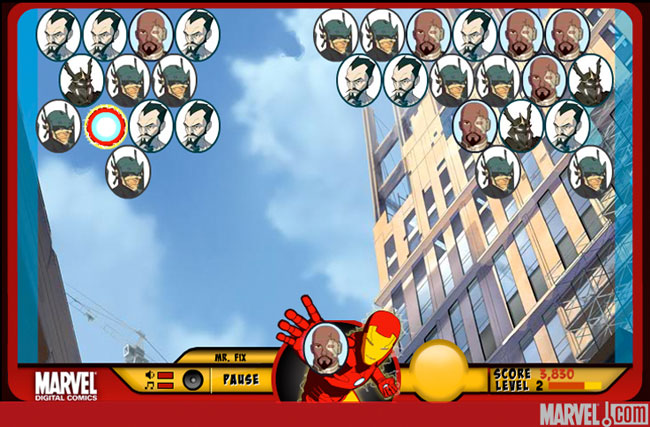 Prepare to have your productivity fall through the floor after you start playing Marvel Entertainment’s Iron Man Armored Popper game over at MarvelKids.com.

Iron Man Armored Popper is a challenging, fun, puzzle type game that uses Iron Man’s repulsor beams to knock down his enemies and clear each stage in this wildly entertaining game. Defeat the likes of Mandarin, Madame Masque, Whiplash, Count Nefaria and moreâ€”and gain new powers while doing it!

If you’re not an Iron Man fan, there are also Wolverine and Hulk games available too.Â  These games are part of the promotion leading up the the Iron Man: Armored Adventures animated series that premieres on Nicktoons on April 24, 2009.

Be prepared, the game is a tad addictive.