Bluewater Productions Gets Nekkid for PETA

The naked physiques of Eva Mendes, Pamela Anderson and Alicia Silverstone have rocked billboards, buildings, and magazines for years as celebs take it off for PETA (People for the Ethical Treatment of Animals).Â  Bluewater Productions is also getting into the act with its own “We’d rather go naked than wear fur” campaign.

“We are excited to be part of this national campaign series,” says publisher Darren G. Davis. “To have our characters be the first comic book in this historical campaign is something I am proud of. One of our upcoming comic stories will feature PETA and the fur issue.”

The poster is painted by Azim Akberali and features the 10th Muse, Legend of Isis (both optioned for feature films), Judo Girl and Scarlet.Â  See the full image after the jump. 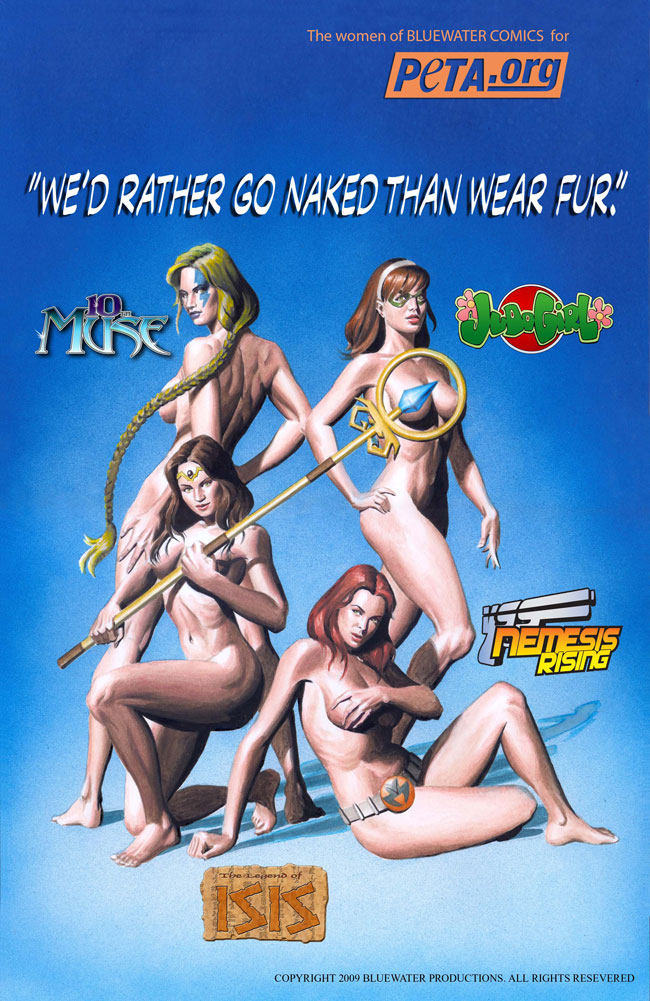 Or if you want the really, really big version, click the thumbnail.