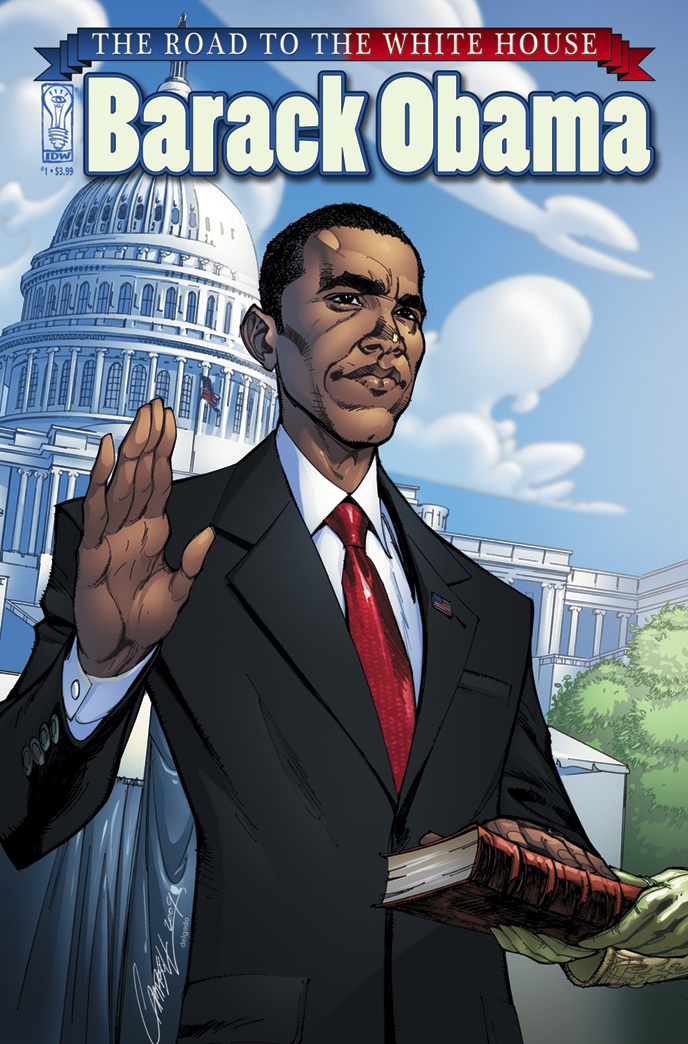 If there’s one thing his presidency has proven – Barack Obama can sell comic books. IDW Publishing is back with another Barack Obama themed comic, this time looking at his first 100 days in office.

â€œThis is a momentous period in our countryâ€™s history, and IDW wanted to document it,â€ said Scott Dunbier, editor of the Obama biography comics at IDW. â€œComing from the same creative team that did the initial Obama comic, Barack Obama is a great series for both comic book and political fans.â€

Barack Obama #1 debuts in June and will feature 22 pages of historic moments, beginning with the Democratic National Convention and running through the election and inauguration. Barack Obama #2 starts on day one for the 44th President, and will capture the highs and lows of his first 100 daysâ€”it is a story that is still unfolding even now.

The Barack Obama follow up series will match the same high standards set forth by Presidential Material: Barack Obama, and strives to be just as meticulously researched and unbiased in its reporting. Jeff Mariotte and Tom Morgan return as writer and artist, while artist J. Scott Campbell once again supplies the iconic covers.

With all the Obamanizing of comics, expect to see the president’s visage gracing comic book covers for the next four years.