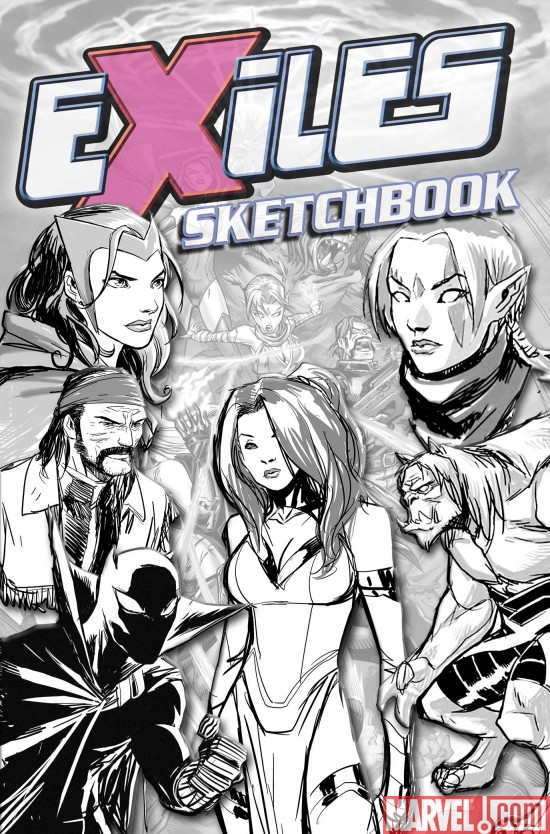 Hoping to further push its online initiative, Marvel is giveing fans a chance to check out its Marvel Digital Comicis Unlimited site with a free Exiles Sketchbook. The Sketchbook is being released as a preview of the company’s upcoming new Exiles series.

Itâ€™s the rip-roaring return of everybodyâ€™s favorite pink-skinned mutant, Blink, and sheâ€™s assembled a whole new team of reality hopping heroes! Get a sneak-peak of the upcoming series brought to you by acclaimed scribe Jeff Parker and fan favorite artist Salvador Espin as they present to you an all new tale of Exiles adventure!Â  This sketchbook includes creator commentary and aÂ  fresh, new look at some of your favorite characters like youâ€™ve never seen them before!

Unlike some of the other “free” comics Marvel has given away on the DCU site, this one does not require you to create an account before viewing.Â  Simply follow this link, and you’re there.

Exiles #1, with a Wolverine Art Appreciation Variant, written by Jeff Parker with art by Salvador Espin is scheduled to arrive April 08, 2009 with a cover price of $3.99.