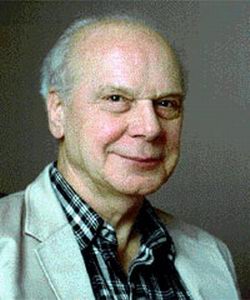 Sad news for Philip Jose Farmer fans; the author passed away today at the age of 91.Â  FarmerÂ  is best known for his Riverworld, and World of Tiers series, but I was most familiar withÂ  his Doc Savage and Tarzan tales.Â  Framer wrote the Escape from Loki (1991) Doc Savage tale that told one of the early adventures of the Man of Bronze, which I quite liked, but I was more interested in his two unauthorized biographies of the pulp heroes.

Tarzan Alive (1972) and Doc Savage: His Life and Apocalyptic Life (1973) imagined the characters as real people who had been fictionalized by the books’ original authors. Â Â  I’ve been trying to track down both books for years, but have yet to get my hands on either of the works.Â  With this news, it might be even more difficult to find a first edition in good condition.

The Peoria-based writer had written more than 75 books and was awarded the top honors in his field. That includes the Grand Master Award for Science Fiction in 2001, an award also given to noted authors such as Arthur C. Clarke, Isaac Asimov and Robert A. Heinlein. Farmer had a world-wide following, with fans travelling to Peoria once or twice a year.

He was once quoted as saying that, particular in his early career, he had more fans in France, Italy, Germany and Japan than in the United States. Even after he retired from writing, his fans continued to produce â€œFarmerphile,â€ a magazine devoted to his life and works.

It’s strange that this news comes to us today, as Dr. Peter Coogan and I had just mentioned Famer’s Doc Caliban and Lord Grandrith books on the most recent Major Spoilers Podcast when we were discussing fan fiction.