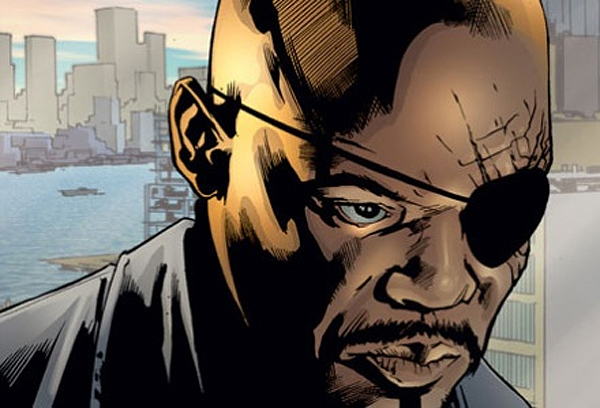 Much like the public quote fest that took place between Iron Man director Jon Favreau and Marvel over Iron Man 2, Samuel Jackson and Marvel have been talking back and forth through the media for some time as the two tried to work out a deal to get Jackson back in the eyepatch of Nick Fury.Â  Things looked pretty tense as Marvel did away with Terrence Howard and replaced him with Don Cheadle in the role of Jim Rhodes.

The good news is a deal has been reached.Â  The better news is Jackson has signed a nine – NINE! – picture deal with the studio.

The movies include “Iron Man 2,” “Thor,” “Captain America,” “The Avengers” and its sequels.Â Â  Also on the table is the possibility of toplining a “S.H.I.E.L.D.” movie, which is in development.

Nine movies?Â  If it is true that Jackson gets a minimum of $7 million per movie, that would put this deal somewhere in the neighborhood of $50 million.Â  Can you say “CHA-CHING!”Â  With fans eating up Jackson’s appearance in the first Iron Man, as long as the studio continues to deliver solid films based on its huge archive of properties, Jackson is going to be a very rich, and very busy guy for the next six years.

Of course this means we’ll never see The Hoff reprise his role as the cigar chomping leader of S.H.I.E.L.D.