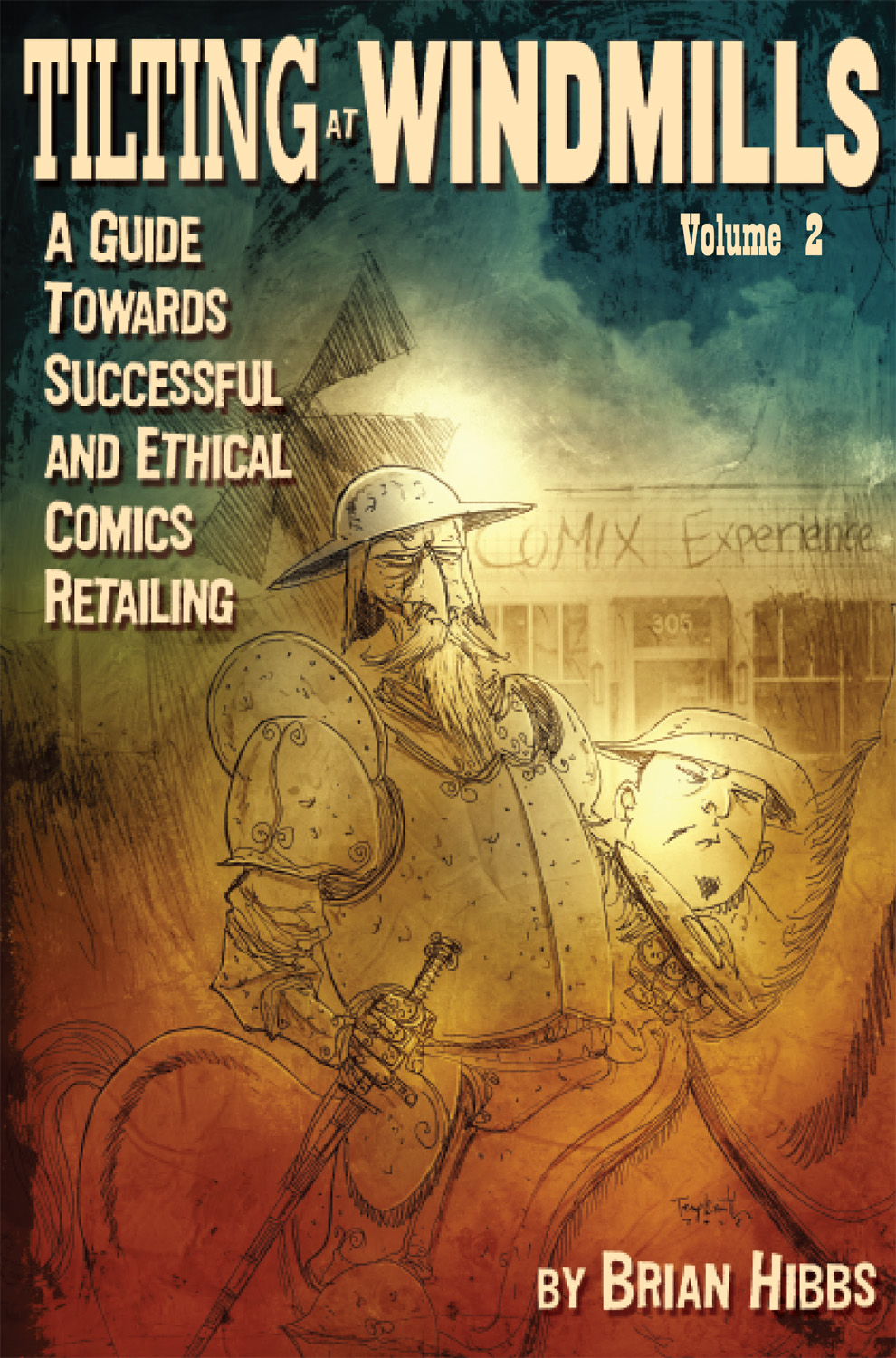 (San Diego, CA; February 24, 2009) Brian Hibbs joins IDW Publishing for the second collection of his influential column â€œTilting at Windmills.â€Â Â  Owner of San Franciscoâ€™s premier comic book store, Comix Experience, Hibbs provides a dynamic and useful guide for new and established retailers who sell comics. Tilting at Windmills Volume 1, also available from IDW, was a startlingly prescient look at the rise and fall of the comics industry in the â€˜90â€™s. Tilting at Windmills Volume 2 is sure to prove as insightful and colorful a read as Hibbs tackles topics as controversial and varied as book market sales, â€œeventâ€ storylines, and the influence of Manga on modern comics.

Volume 2 collects the final columns from its initial run in the trade magazine Comics and Game Retailer, and includes 50 articles from its current run on the popular entertainment website, Newsarama. As one of the most vocal and experienced retailers currently specializing in comics, Hibbs offers a unique perspective on the industry. From his detailed analysis of direct market sales figures, to in depth discussions of content, Hibbs is not afraid to buck mainstream trends or critique the current industry models.

As Hibbs points out in his introduction, â€œâ€¦comics have come to be regarded as a vibrant field, loved by academics and artists alike, discussed and reviewed in previously forbidden bastions like The New York Times, and can be found nearly everywhere that books are available.â€

Whether itâ€™s a business guidebook or a history of the comic book world, Tilting at Windmills Volume 2 is an accessible and engaging read, and a thoughtful as well as entertaining look at an industry thatâ€™s always striving to make a difference.