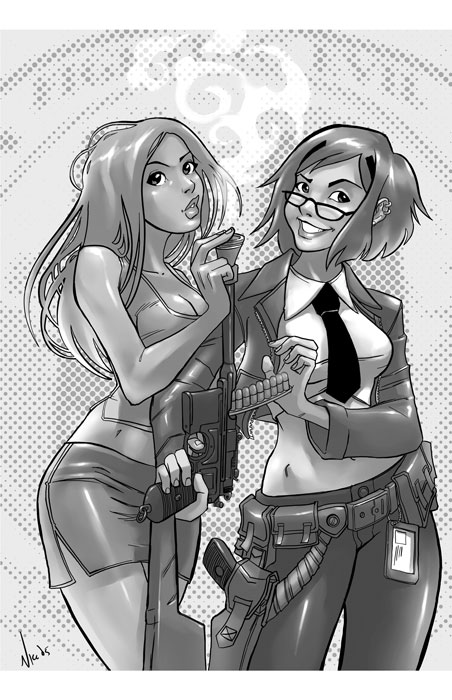 Fans of the ABC Family series that were wondering what happened to the series finale of the show, need wonder no more, as ABC Family and Viper Comics team up for the final story.

Fans of the ABC Family cult hit series can revisit the weird world of “The Middleman” and his trusty side-kick Wendy Watson when the “lost” series finale episode appears in comic book form this summer. The series will also be released on DVD in summer 2009.

In a deal with Viper Comics, “The Middleman â€“ The Doomsday Armageddon Apocalypse” graphic novel is to be written by creator/executive producer Javier Grillo-Marxuach and Hans Beimler, with illustrations done by Armando M. Zanker and layouts by Les McClaine. “The Doomsday Armageddon Apocalypse” special collector’s comic book edition will be released in July 2009 to coincide with the annual Comic Con Convention in San Diego.

The Middleman Season One DVD will arrive in stores in July 2009.Â  It will include all twelve episodes as well as bonus material.