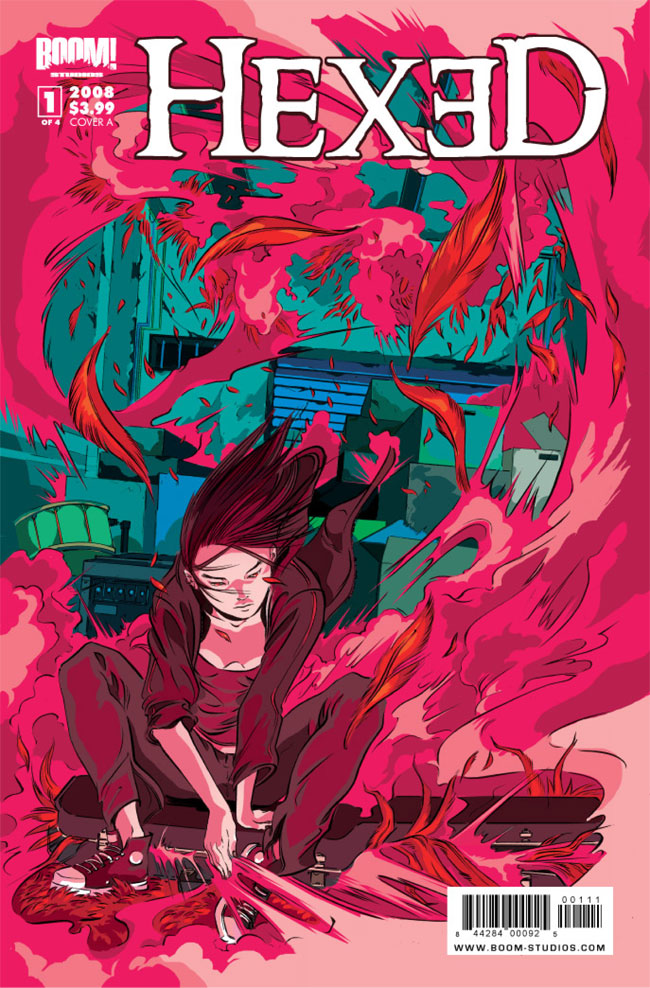 LOS ANGELES- February 17th, 2009 – The Digital Age of comics has begun on Google’s revolutionary Android Mobile Operating System, and BOOM! Studios and iVerse Media are proud to announce that “HEXED #1” is the FIRST Digital Comic to be released for the platform.

On Friday, February 6th, 2009 “HEXED #1” premiered in Google’s “Android Marketplace” and in less than 48 hours the free comic had been downloaded more than 10,000 times, and received a stellar 4.72 out of 5 rating from over 600 user reviews. “HEXED #1” will also be avaialable on the the iPhone App Store this week.

“This is another great first for BOOM! Studios and there is no better comic to do this with than HEXED,” said Marketing and Sales Director Chip Mosher. “Praised by all quarters, HEXED is the type of book that will bring new readers to comics and BOOM! will always be the most aggressive company around in doing whatever it takes to get more people reading more comics.”

“The ‘HEXED #1’ release on Android has gone above and beyond our wildest expectations. ” said iVerse Media founder Michael Murphey. “In less than 24 hours we received 100s of emails from Google Android users not only praising the software, but — more importantly — raving about the quality of the story and art… and it just keeps coming. The book has been reviewed over 900 times now, and people not only love it… they want more.”

The release of “HEXED #1” for Android marks the first non-iPhone release for digital distributor iVerse Media. “The future of Digital Comics is not limited to just Apple’s iPhone, and we’re very pleased to be leading the way on Android. ‘Hexed’ is just the beginning. Many more digital comics from BOOM! Studios and other publishers will be coming to the platform in the coming weeks.”

HEXED #1 debuted to near unanimous critical acclaim on January 7th of this year. On that date, BOOM! Studios announced that it would be releasing the whole HEXED series simultaneously in-stores and online with MySpace/ComicBooks. HEXED #1 debuting on Google Android extends the campaign of doing comics online and in-stores at the same time.

HEXED is written by Michael Alan Nelson, known for BOOM!’s blockbuster series FALL OF CTHULHU and features art by superstar newcomer Emma Rios and Cris Peter. The four issue limited series follows the occult theif Luci Jennifer Inagcio Das Neves, or Lucifer for short, as she takes a new job that will expose her to the macabre underbelly of the city, and a secret that she’d rather nobody know.