Who You Gonna Call for Ghostbuster Action Figures? 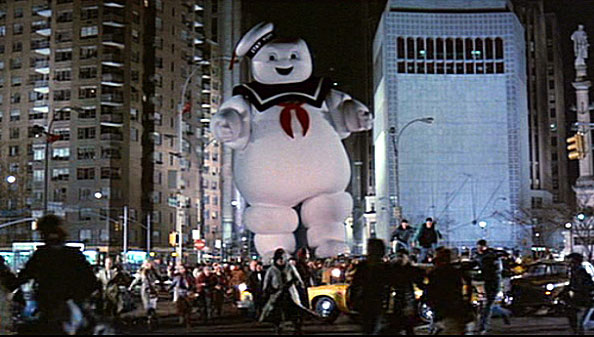 The good news is, those 6-inch figures are being done by the same group that is doing the DC Universe Classic line, which means high quality sculpts with multiple points of articulation.Â  Bonus ghost figures are nice, but I really wantÂ  the first wave to be a build-a-figure Stay-Puft Marshmallow Man.

Culver City, Calif. – February 4, 2009 – Sony Pictures Consumer Products and Mattel, Inc. announced today the development of a new collectible line of toys based on the world’s favorite poltergeist fighting team, the Ghostbusters, including an extensive cast of ghosts and ghostbusters – celebrating the 25th anniversary of the frightfully funny classic film “Ghostbusters.”

Mattel’s “Ghostbusters” collectible line, debuts with 12-inch figures in June 2009, and will be available exclusively at MattyCollector.com. Each figure will feature window box packaging and include authentic Ghostbuster equipment unique to each character. For the first time, Mattel’s line will include talent likeness of Egon Spengler, Ray Stantz, Peter Venkman and Winston Zeddemore. Select prototype figures will be on display February 6-8 at New York Comic Con and February 15 at Mattel’s New York Toy Fair Collector Preview Night (by invitation only.).

“We have assembled a quality group of licensing partners to support and celebrate the anniversary for one of Columbia Pictures most cherished properties. Mattel’s line-up of collector toys is the perfect complement to what will be a great selection of 25th anniversary product,” said Juli Boylan, Senior Vice President, Sony Pictures Consumer Products Worldwide.

“There haven’t been many comedic blockbusters over the past quarter century as memorable and loved as ‘Ghostbusters,'” said Tim Kilpin, GM for Boys, Girls & Games, Mattel, Inc. “We are honored to participate in the celebration of the film’s 25th anniversary by creating the most extensive line of ‘Ghostbusters’ collectibles ever.”

Mattel will also create characters and ghosts from the classic animated series, “The Real Ghostbusters,” to go along with the classic “Ghostbusters” film.

Sony Pictures Consumer Products Inc. (SPCP), a division of Columbia TriStar Consumer Marketing (CTCM), is based in Los Angeles and handles the merchandising and branding efforts for some of the most recognized properties in film and television.

Mattel, Inc., (NYSE: MAT, www.mattel.com) is the worldwide leader in the design, manufacture and marketing of toys and family products. The Mattel family is comprised of such best-selling brands as BarbieÂ®, the most popular fashion doll ever introduced, Hot WheelsÂ®, MatchboxÂ®, American GirlÂ®, Radica:Â® and TycoÂ® R/C, as well as Fisher-PriceÂ® brands, including Little PeopleÂ®, Power WheelsÂ® and a wide array of entertainment-inspired toy lines. Mattel is recognized as one of 2009’s “100 Best Companies to Work For” by FORTUNE Magazine. With worldwide headquarters in El Segundo, Calif., Mattel employs approximately 30,000 people in 43 countries and territories and sells products in more than 150 nations. Mattel’s vision is to be the world’s premier toy brands-today and tomorrow.

Buzz Lightyear Collectible Robot takes toys to infinity and beyond!