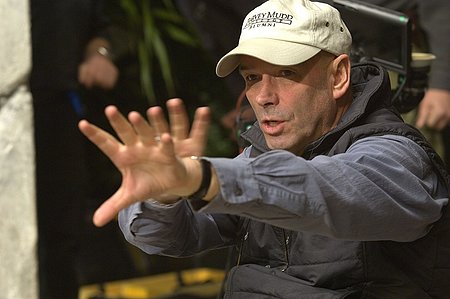 When an announced movie moves out of the script stage, and the rumors of who will star settle down, I actually start paying more attention to the press releases, when the director is finally attached.Â  Such is the case with the Warner Bros. DC Comics Green Lantern movie, which has just announced Martin Campbell is in negotiations to helm the superhero flick.

The emergence of Campbell, who also helmed two “Zorro” films and the 007 film “GoldenEye,” puts “Green Lantern” at the top of DC properties being set for movie treatment by WB. While the studio is hoping director Chris Nolan will follow its 2008 smash “The Dark Knight” with another Batfilm, DC projects such as Superman and “Justice League” were expected to happen quickly, but have stalled.

The first Zorro film and GoldenEye were both action packed fun flicks, so if Campbell can bring the same intensity and action to Green Lantern without mucking it up, I have hope for Warner Bros. delivering another stellar comic book film.