Saga of the Swamp Thing Collected in Hardcover 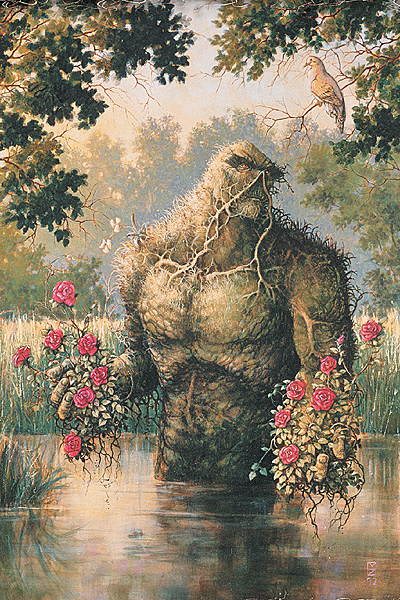 Vertigo, an imprint of DC Comics, has announced Alan Moore’s Saga of the Swamp Thing will be collected for the first time in hardcover form, and will arrive in stores on February 11, 2009.Â  This 208 page edition collects issues 20-27 where Alan Moore began as the series writer.

Book 1 begins with the story â€œThe Anatomy Lesson,â€ where Moore and his collaborators Stephen Bissette and John Totleben, whose imaginative, genre-breaking artwork, set the gothic tone of the journey to come. By building on the characterâ€™s foundations in horror, this creative team delivers a haunting origin story that reshapes his mythology with terrifying revelations. When the creature that once believed he was scientist Alec Holland discovers his true nature, he realizes that he is something far less human than he previously believed. And with the resurrected DC villain the Floronic Man attacking the issues of pollution and consumption of natural resources, SWAMP THINGâ€™s journey is one of discovery and adventure that will eventually take him across the stars and beyond.