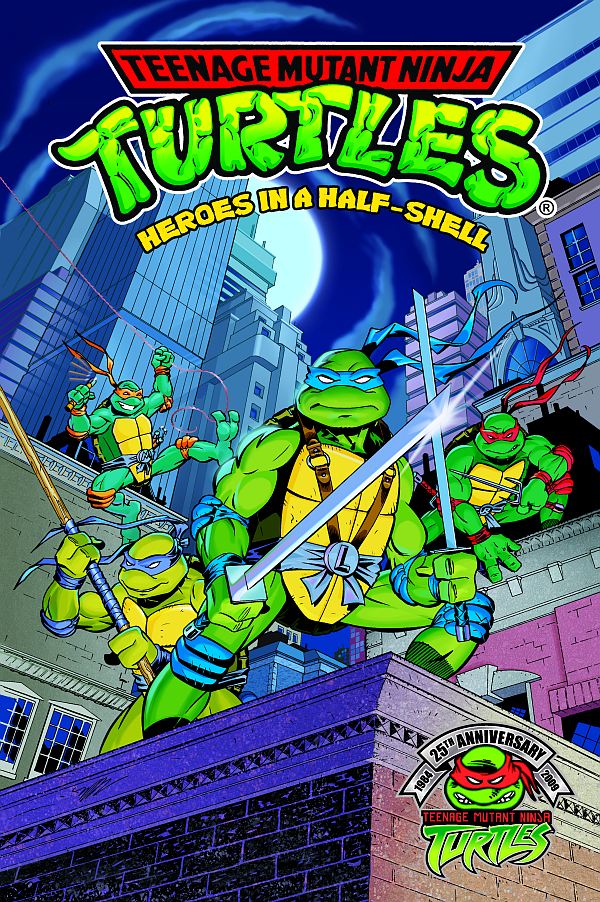 Way back in the day, when the Teenage Mutant Ninja Turtles made their debut on the morning cartoons, Archie Comics released a three issue mini-series that adapted the first five episodes of the 1987 television series.Â  With the turtles celebrating their 25th “Shell-ebration” (not my gag, I promise you), Archie is collecting the series into a trade paperback.

A generation of readers thrilled to the heroic exploits of the Turtles as they set out to rescue April O’Neil from the Foot Clan!Â  The thrilling story had it all: the origins of the Turtles, Splinter, Bebop and Rocksteady; the first Archie appearances of April O’Neil, Shredder and the evil, disembodied brain Krang; plus Krang’s robot army, the Neutrinos from Dimension X, and the Technodrome!