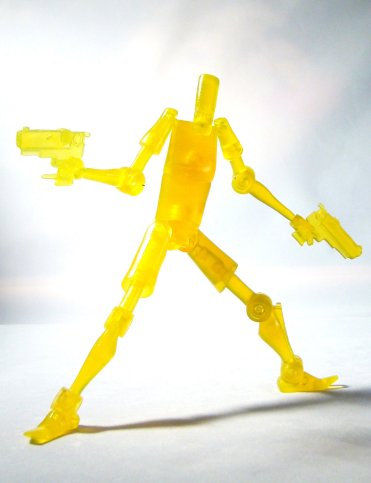 Shocker Toys will show up at the 2009 New York COmic Con with SCUD the Disposable Assassin and The Maxx action figures.

Very pleased will be the fans of Rob Schrab’s Scud and Sam Keith’s The Maxx. Shocker Toys LLP will have on hand SCUD the Disposable Assassin and MTV’s the Maxx in a translucent fully poseable action figure form. Each figure will come packaged with their regular Indie Spotlight accessories. Scud will be featured in a smokey translucent yellow with a translucent yellow Isz and interchangeable hands with 11mm guns. The Maxx will be featured in smokey translucent purple and come with 2 heads and 3 translucent purple Isz. These are limited edition figures with only 300 of each produced and once gone will only become a highly sought after collectible. 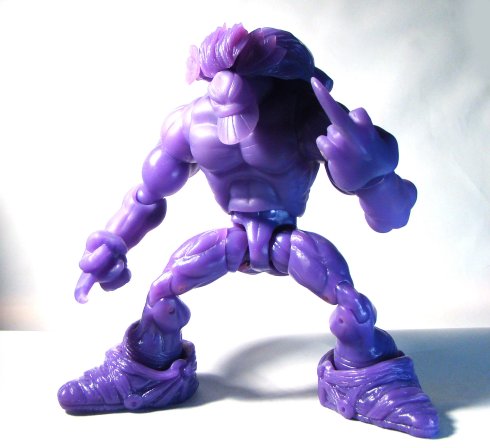 Also on hand will be the unveiling of some other product lines such as Indie Spotlight comic book heroes the 6″ scale action figure line everyone is talking about featuring pulp heroes to lovely ladies. Shockinis the fully interchagable 2.5″ figure that features 18+ poa and can be made into anything anyone can imagine or can be purchased premade into a licensed or original character. Metalocalypse action figures of Dethklok, the world’s most popular band and most significant cultural force. Mallow, the new five inch designer collectible sure to warm the hearts of any toy collector featured in blanks and licensed versions. And much, much more you can’t miss out on. Many new announcements will be made leading into Toy Fair 2009.