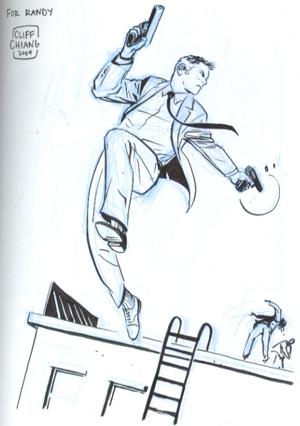 Fox Television is close to giving the DC Comic series Human Target the television treatment as it begins to announce the pilots for the new television season.

Based on the cult DC Comics book and written by “Jericho” co-creator Jonathan Steinberg, it centers on a mysterious security expert who goes undercover to protect clients in danger.

Will admit I’ve never read the comic, but the premise doesn’t sound any worse than other shows Fox has greenlit.Â  Prison Break anyone?
via THR