Rumor: Blunt in as Black Widow 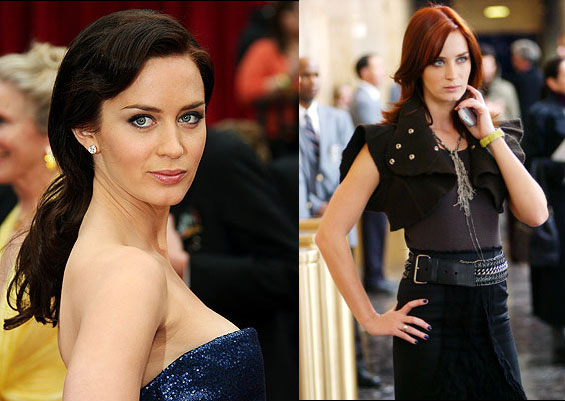 It’s certainly a possibility as Variety is reporting Jon Favreau is casting his eyes toward Emily Blunt to play the Black Widow in the upcoming Iron Man 2 film.

Emily Blunt has emerged as the frontrunner to play Natasha Romanoff in the “Iron Man” sequel. She’s a Soviet superspy who doubles as Black Widow, a beauty in a skintight black costume enhanced by high-tech weaponry.

She’s done some comedy and a few big dramas (Charlie Wilson’s War, The Jane Austen Book Club), and will appear in the upcoming Wolf Man movie from Universal.

Marvel has issued a firm “no comment” on this bit of casting news, so for now, we’ll have to file this under rumor.