With Norman Osborn in charge, Frank Castle has taken it upon himself to bring the nut-job down.Â  Only things didn’t go so well, and his plan was interrupted.Â  The first issue of the new Punisher series sold out at Diamond (all together now – “But Copies May Still Be Available at Your Local Comic Shop”), prompting Marvel to go back to press.

PUNISHER #1 SECOND PRINTING VARIANT (NOV088099)
Written by RICK REMENDER
Pencils and Cover by JEROME OPENA
After his battle with the Golden Guardian of Good, The Sentry, Frank was left battered and bruised but with the aid of a new mystery ally. Will Frank try to go after Norman again? Is there more punishment coming to The Punisher? 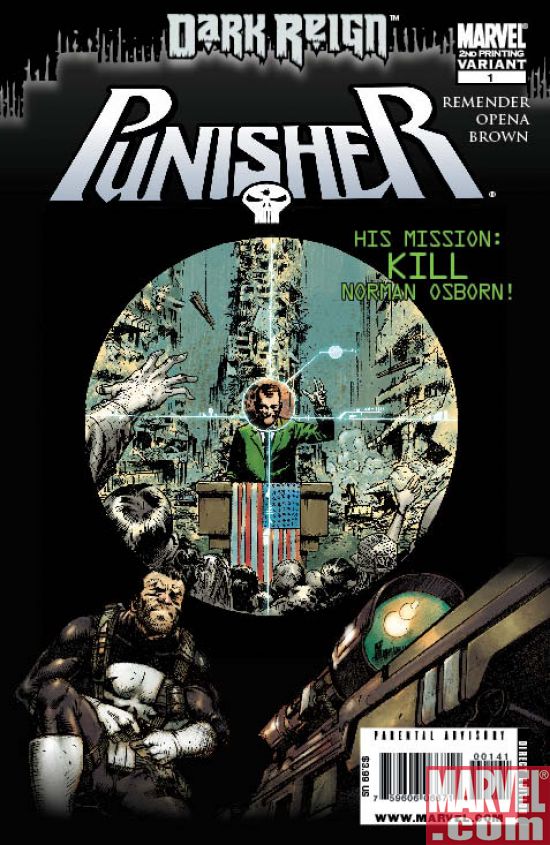