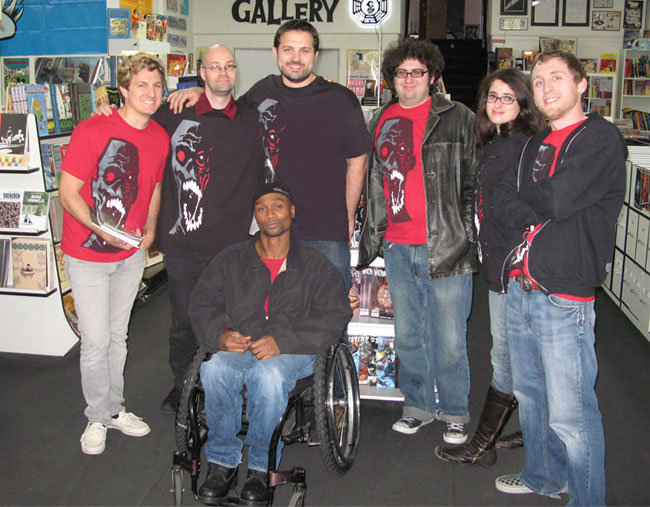 If you are in the Los Angeles area, you might want to head down to Meltdown Comics and Collectibels on Wednesdays in January to see if you get your purchases rung up by Boom! Studios Editor in Chief Mark Waid.

“Some of the best times I had growing up came from hanging at my LCS on new comic book day. We just thought what better way to support the release of HEXED than spending our Wednesday evenings helping out at Meltdown?” said Marketing and Sales Director Chip Mosher. “And hey, who doesn’t like to get paid to hang out at comic book store?”