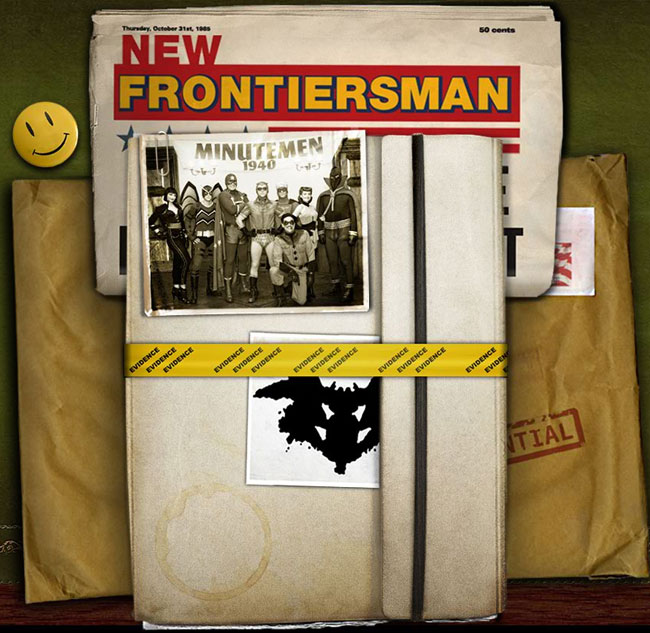 One of my favorite moments of 2008 was all the viral marketing that sprang up around the various movies and major events in comics.Â  Even though the Watchmen movie is in turmoil at the moment, that hasn’t stopped the viral machine from launching The New Frontiersman website to hype the movie.

The New Frontiersman is Rorschach’s newspaper of choice, so why not have a website dedicated to this bit player in the movie?Â  The website is only a dummy page at the moment, but it may spring to life as the release date (whenever that might be) draws near.

I’m not all that much into those inkblot tests, but does that look like a smiling fox to you?Â  Could this be yet another dig at 20th Century Fox by Warner Bros?Â  The domain is registered to the Picture Production Company out of the UK, which creates viral campaigns for a variety of companies.Â  The company does list Warner Bros. as one of its clients.

via The New Frontiersman