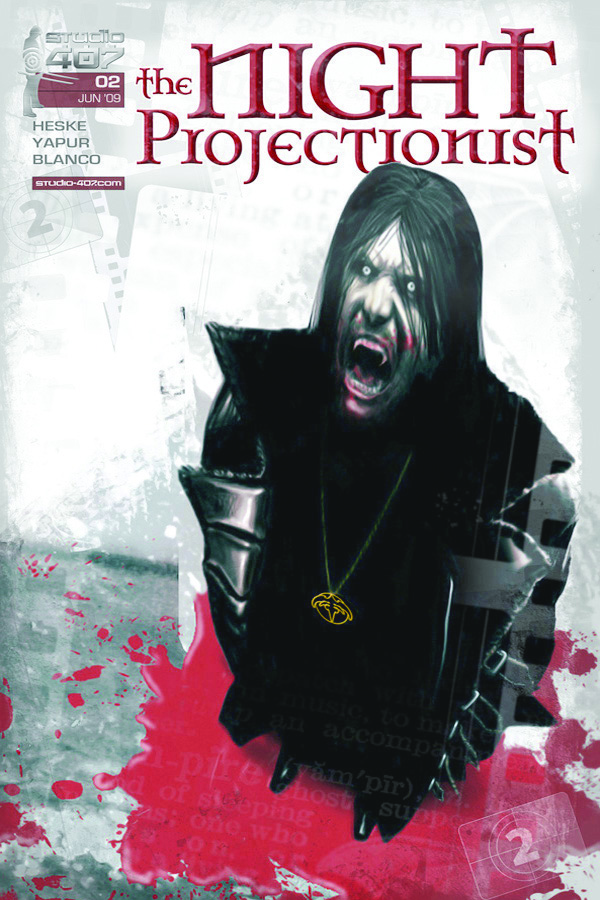 Story takes place on Halloween Eve in a small-town movie theater, where an all-night Draculathon draws throngs of moviegoers who suddenly find themselves locked inside the theater, which is slowly filling with vampires.

The first issue of Night Projectionist arrives in February.