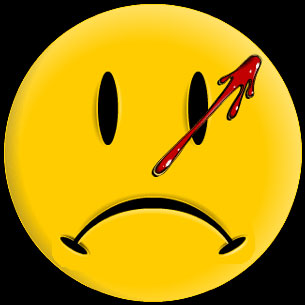 Warner Bros. isn’t taking the early ruling by Judge Gary Feess lightly, when it came out yesterday with a comment about the court case.

“We respectfully but vigorously disagree with the court’s ruling and are exploring all of our appellate options,” the studio said. “We continue to believe that Fox’s claims have no merit and that we will ultimately prevail, whether at trial or in the Court of Appeals.”

While Warner Bros. is coming out strong on this one – and why wouldn’t they, this movie is shaping up to the be big blockbuster of the year – the studio does need to be careful, as Judge Feess is also the same judge who ruled against Warner during the Dukes of Hazard debacle that forced the studio to cough over millions to get the picture released.

Fox, which only stands to gain, even though they are still looking to block the March 9, 2009 release date, is satisfied with the judgement that says 20th Century Fox owns at least the right to distribute if not more.

As I previously mentioned on this site, and which The Hollywood Reporter is repeating in its latest issue, this looks to be a lot of chest thumping and delcarations by both sides before the ultimate big pay-off.Â  Even though Judge Feess ruling was made on Christmas Eve, he still plans on holding the January 20, 2009 trial to see how far Fox’s rights extend, and how much compensation is due to the offended party.

If Fox wins its case, Watchmen could very well never see the light of day, but considering the tons of fan backlash on this site and the rest of the Interweb Nets, I think this is highly unlikely.Â  Considering how hard I’ve been on Warner Bros. and some of its subsidiaries as of late, I’m behind the company on this one. If anything, it went into production of Watchmen on the good faith of Larry Gordon, who claimed he did all the proper paperwork and payments to ensure Warner Bros. had the rights to proceed with this project.Â  If I were Larry Gordon, I’d be on a plane to a small South American country right now, where I could disappear for the next decade.