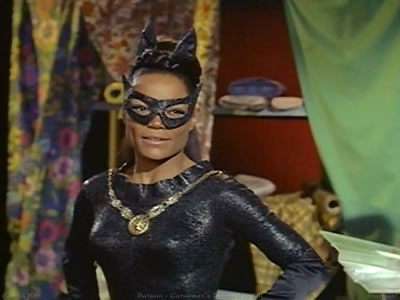 Sad news today, as a friend of the Eartha Kitt family reports that the singer and actress has passed at 81 years of age.Â  Most readers of Major Spoilers will remember Kitt as the second Catwoman from the 1967-1968 Batman television show.

Kitt, a self-proclaimed “sex kitten” famous for her catlike purr, was one of America’s most versatile performers, winning two Emmys and getting a third nomination. She also was nominated for two Tony Awards and a Grammy.

She will be missed.