Helgenberger is an anchor for the patriarch of CBSâ€™ current crime lineup, â€œCSI: Crime Scene Investigation.â€ The actress is approaching her 200th episode as Catherine Willows, the seriesâ€™ female lead. Helgenberger , remembered for her breakthrough, Emmy Award-winning performance in â€œChina Beach,â€ is no stranger to the sci-fi genre, having starred in â€œSpeciesâ€ and its sequel on the big screen. The 2005 Peopleâ€™s Choice Award winner as â€œFavorite Female Television Starâ€ has been seen in a variety of roles ranging from feature films (â€œErin Brockovich,â€ â€œBad Boys,â€ â€œAlwaysâ€) to top-rated TV series (â€œER,â€ â€œthirtysomething,â€ â€œFrasierâ€).

And now, McCallum and Helgenberger get to play gods. The two highly-regarded performers answered a few brief questions during their recording sessions for â€œWonder Woman.â€ Hereâ€™s what they had to say â€¦

QUESTION: Youâ€™ve played a number of interesting roles, but whatâ€™s your take on voicing a god?

MARG HELGENBERGER: Well, as the saying goes, behind every great man is an even greater woman.Â  I guess playing Hera means that Iâ€™m, well, not only Queen of the Gods, Iâ€™m better than he is! [she laughs]

DAVID MCCALLUM: I played Julius Caesar in a Central Park version ofÂ  the Shakespeare play, and just before that I was the emperor in â€œAmadeusâ€ on Broadway. So when my acting friends heard I was Zeus, they said â€œAh, youâ€™re following your New York career.â€

QUESTION: Youâ€™re fairly busy with a hit TV series, so what made you say â€œyesâ€ to recording for an animated film? 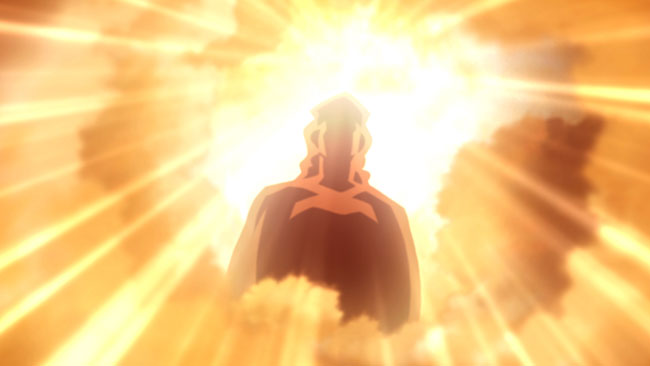 MARG HELGENBERGER: I think the cast was enticing.Â  Not that I was going to be playing opposite most of them, but just to be in their company.Â  And being married to Zeus was kind of fun â€“ he is the god of all gods in Greek mythology. Voicing acting is usually fun, though â€“ Iâ€™ve even asked my agents about narrating books on tape. Iâ€™m very curious about that world. Iâ€™m a fan of documentaries, as well, and the voice kind of makes it right.Â  Mostly for me, though, itâ€™s all about the acting â€“you donâ€™t have to get hair and makeup and the whole bit. You just can have fun with the acting.

DAVID MCCALLUM: Radio has always been my first love, and this is as close to that performance as you can get. One of my favorite things when I was younger was to listen to radio dramas, and there are none now. They would do three-hour plays on radio â€“ this was before television, of course. So doing these films is a lot like those performances.

I love doing animation â€“ mainly because you get to over-act. Theyâ€™re always saying â€œmore,â€ â€œlouder,â€ â€œbigger,â€ â€œhugerâ€ and you just turn it lose. Andreaâ€™s (Romano) reputation proceeds her as Numero Uno so itâ€™s always good to work with her. Plus, doing animation voiceovers, I have learned so much, and itâ€™s always good in your career to discover something you didnâ€™t know, and to learn to do things differently. So itâ€™s been a fascinating experience.

Most importantly, though, I have a grandson who thinks this is the greatest thing Iâ€™ve ever done. When I did â€œBen 10,â€ I really didnâ€™t know anything about â€œBen 10.â€ But when I went back to visit my son Pierre and told him what Iâ€™d just done, he said â€œYou did a Ben 10?!?â€Â  and then he started yelling out to my grandson, â€œLuca, Luca, come here, Granddaddy did a â€˜Ben 10â€™ show.â€ You suddenly discover youâ€™re gratte-cul with a five-year-old, and thatâ€™s pretty cool.â€

QUESTION: Are you or were you a comic book fan?

MARG HELGENBERGER: The comic books I read when I was much younger were the goofy ones like â€œArchieâ€Â  and â€œBetty & Veronica.â€ I think there was one called â€œNancy and Sluggo.â€ I did actually date a comic book artist briefly during the 1980s. I was living in New York and he lived in my building. Iâ€™d bump into him in the elevator and heâ€™d been (awake) for three days straight, hovering over his drawing board. He had this whole odd world in his mind, and it was pretty fascinating. I was very impressed.

DAVID MCCALLUM: I think the comic books that I grew up with, The Beano and the Dandy and Desperate Dan, I really loved those back in the day. And during World War I, there was a detective comic I used to read in the Daily Express or Daily Mail. And of course, I loved going to the local Odeon on Saturday mornings for the show and they always had a cartoon. Those are my memories of comics as a kid. 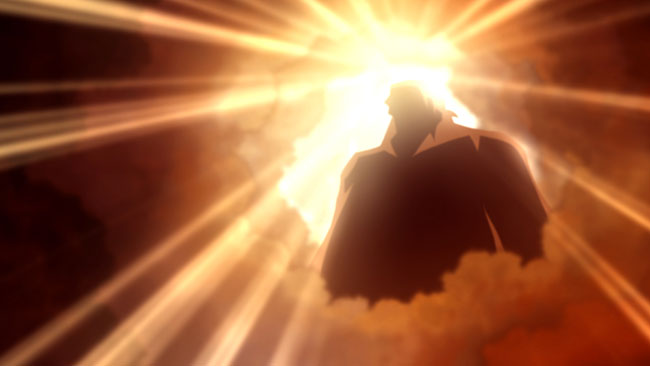 QUESTION: “Wonder Woman” offers a pretty strong female role model. Are females represented enough on screen yet, or are we still building that foundation?

MARG HELGENBERGER: Television is a medium thatâ€™s incredibly strong for actresses â€“ far more than feature films.Â  There are so many opportunities for all of us to portray all different types of women â€“ particularly women of great strength, real women with wonderful souls. But in terms of the action heroines, thereâ€™s not enough of them.Â  When I think about all the action heroines in film, the ones that stand out to me are actresses and roles and films like Sigourney Weaver in â€œAliens,â€ and the French film â€œLa Femme Nikita,â€ and certainly Linda Hamilton in the â€œTerminatorâ€ movies. I guess my son would probably point out the â€œResident Evilâ€ films. But I think we need more of those characters. Maybe now that weâ€™re into the 21st Century, there will be a lot more of them.

QUESTION: Does working in this medium have any other special significance for you?

DAVID MCCALLUM: Itâ€™s fascinating for me because when I did â€œThe Man From U.N.C.L.E.â€ it was over at Metro (Goldwyn Mayer). Right next to where I had my little dressing room suite was MGM Animation, and just to sort of walk by there every dayÂ  and know that all those incredible characters came from them was fascinating. Iâ€™ve always appreciated the work that goes into animated productions and I enjoy being part of that creativity.